Finance Min: Revised deficit of 2022 state budget expected to climb to MVR 11B 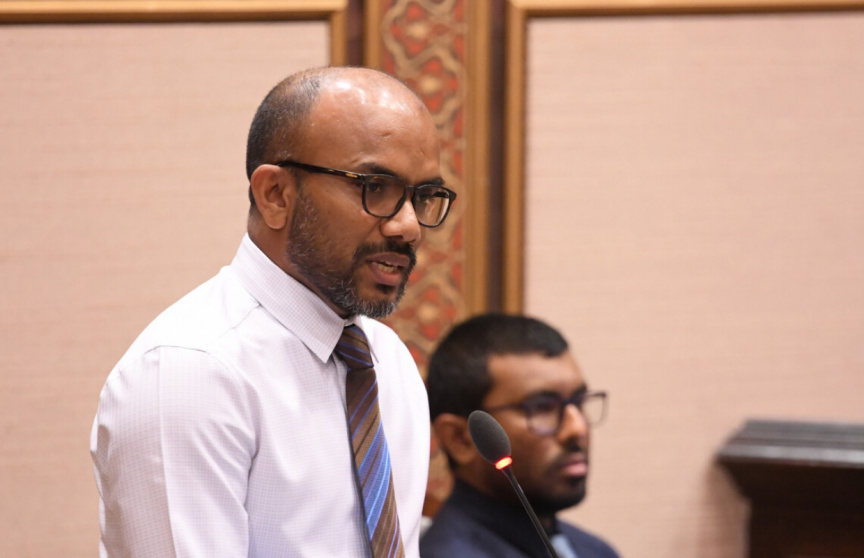 Minister of Finance and Treasury Ibrahim Ameer on Monday revealed that as per the current predictions, the deficit of the state budget approved by the Parliament will exceed MVR 11 billion.

Responding to a question by Maradhoo MP Ibrahim Shareef during a Parliament session, the minister said that previous predictions placed the figure at 9.8 billion, however, the latest predictions have increased it to 11 billion.

He noted that this increment was due to the increased expenditure on subsidies with the hike in fuel prices.

“We predict the revised deficit to be MVR 11 billion. We had passed the budget with a deficit of 9.8 billion.”

MP Shareef also asked the minister whether the government was considering establishing a central procurement agency.

In his question, the MP noted that the biggest loss the government is faced with was letting go of the opportunity to obtain medicine and consumables at a cheaper rate. He added that currently, the government purchases these items about 300 to 400 percent over the market rates.

In response, Minister Ameer said that the government was preparing to buy consumables under bulk procurement and that by December, administrative work on the process will commence.

“We estimate that under bulk procurement, prices of medical consumables can be reduced by 30 percent.”

Ameer went on to state that the implications of the Covid-19 pandemic continue to impact the global economy, along with the Russia-Ukraine war. The waves of this have been felt by Maldives as well.

Hence, steps need to be taken to cut down state expenditure, as well as find ways to increase income.

Meanwhile, the Finance Ministry is preparing to present the Parliament with the proposed state budget for 2023 on October 31.

'Economy has recovered to pre-pandemic levels'

Finance Minister to Speaker: We aren’t hiding anything

Finance Minister: 2023’s budget is a hopeful one

'Failure to raise tax rates will be damaging'

Shaheeb to be appointed ambassador to two more nations