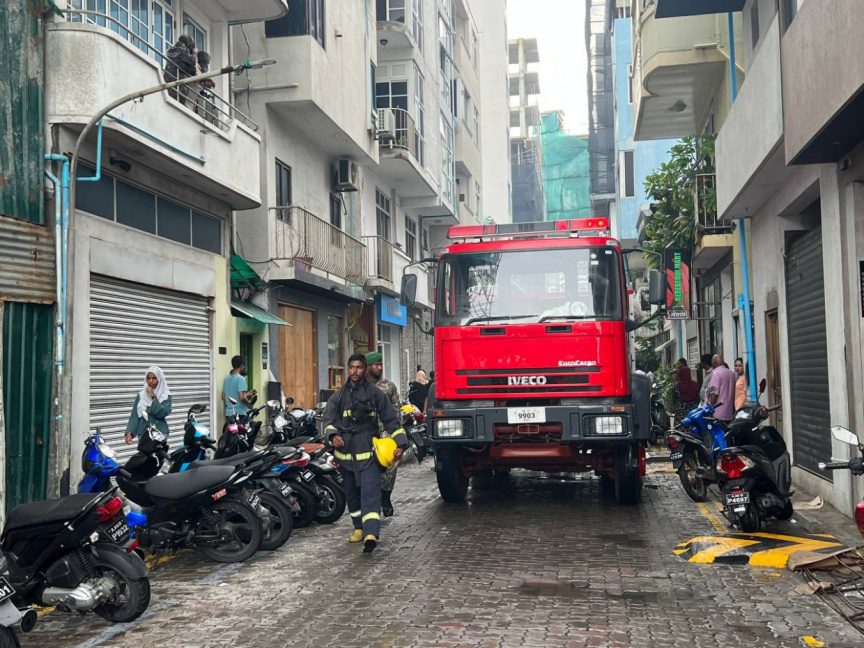 A fire broke out at a godown located in Henveiru district of Male’ City on late Sunday afternoon.

No one was injured in the fire, as per MNDF. However, they reported damage to the building.

MNDF did not disclose the cause of the fire.