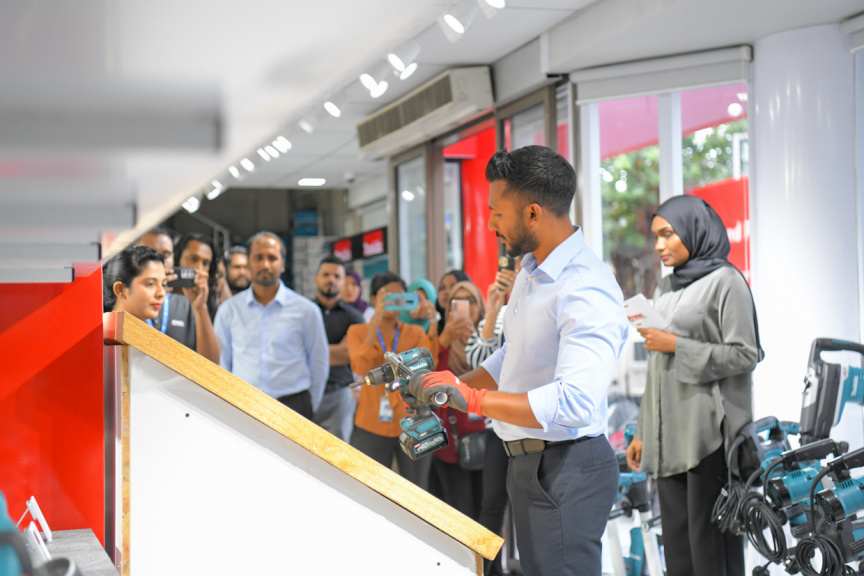 State Trading Organization (STO) has kicked off ‘Heyya Makita’ promotion – the biggest promotion of the year for one of the most popular power tool brands in the Maldives.

Under the promotion, STO offers discounts of up to 30 percent on Makita tools, as well as the opportunity to win grand prizes.

A coupon will be available with every purchase of MVR 500 and can take part in the promotion that offers weekly free Makita tools.

The strongest power tool brand in the Maldives, #Makita starts its biggest promotion of the year with discounts up to 30% on cordless #PowerTools & more activities with chances to win #FREE Makita tools every week! #HeyyaMakita ???????? pic.twitter.com/HyBi7hwFaD

As per STO, the competition is linked to the promotion which will go on for an entire month.

The competition is open to the entire country, and participants must include video footage of the items used in the creation. Application forms – available on the STO website as well as from the Makita showroom, will be accepted until 2200 hrs on October 23.

Participants will be provided with a month's duration to make their creations, and videos of the items should be sent in by 1600 hrs of Tuesday, November 25.

Some of the rules set by STO are that participants are limited to only one creation and that the video footage must be uploaded to STO’s Facebook page from the company. Moreover, in selecting a winner, a popularity vote will be taken from all the judges, as well as the public’s opinion in the form of the number of likes on the Facebook post.

Forms can be submitted via Viber on 7980240, email ([email protected]), and also to the STO Makita showroom’s front desk.

The company highlights that none of its employees can take part in this competition.

Noting that woodwork was part of Maldivian lifestyle from long back, the company said that the competition would provide the opportunity for people to showcase their work to a larger audience in a competitive setting.

“STO aims to bring as many talented people into this field as possible, and to also provide opportunities for workers.”

The competition is only open to locals, and STO revealed that the videos submitted will be used in the promotion of Makita tools by the company in the future.