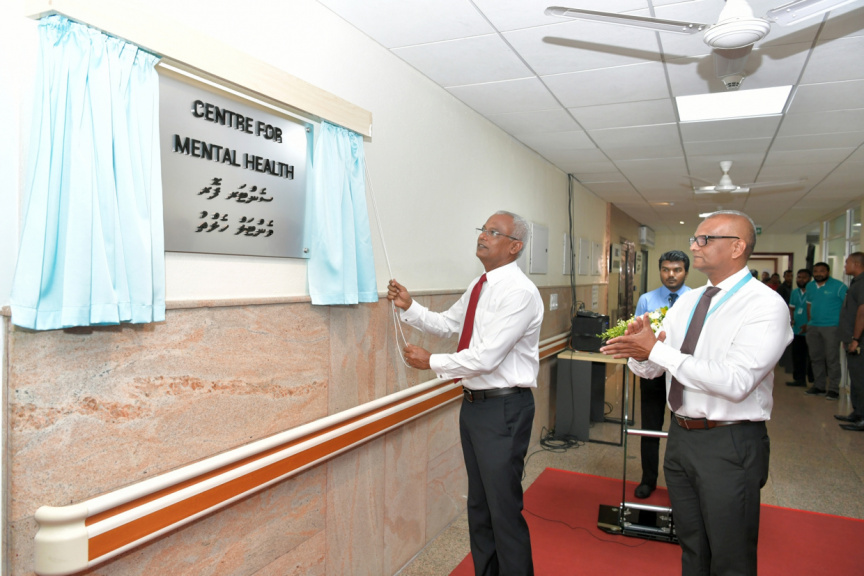 Spokesperson at the President’s Office Miuvan Mohamed said that the draft of the mental health bill has finished.

Speaking to Sun on Sunday, Miuvan said that the draft has been completed, and currently discussions were ongoing with relevant parties.

However, he did not provide a timeline on when the bill might be submitted to the Parliament.

Providing easier access to mental health services was one of the key elements of President Ibrahim Mohamed Solih’s electoral pledges.

Notably, a bill on mental health was previously submitted to the Parliament but later withdrawn.

The bill was submitted in 2019, by MP for Kurendhoo Constituency Abdul Ghanee Abdul Hakeem on behalf of the government, and was withdrawn in 2020, on the basis of making it more complete.

As a significant amount of time has passed since, with no real progress in sight, there has been some backlash from the public.

At the time, the Attorney General’s Office said that the bill aims to promote mental well-being and create awareness among the public on mental illnesses.

The bill submitted then included policies and regulations to be adhered to in mental health care and services connected to it.

'Appointments made after checking criminal record'

'Freedom ensured for media will not be taken back'