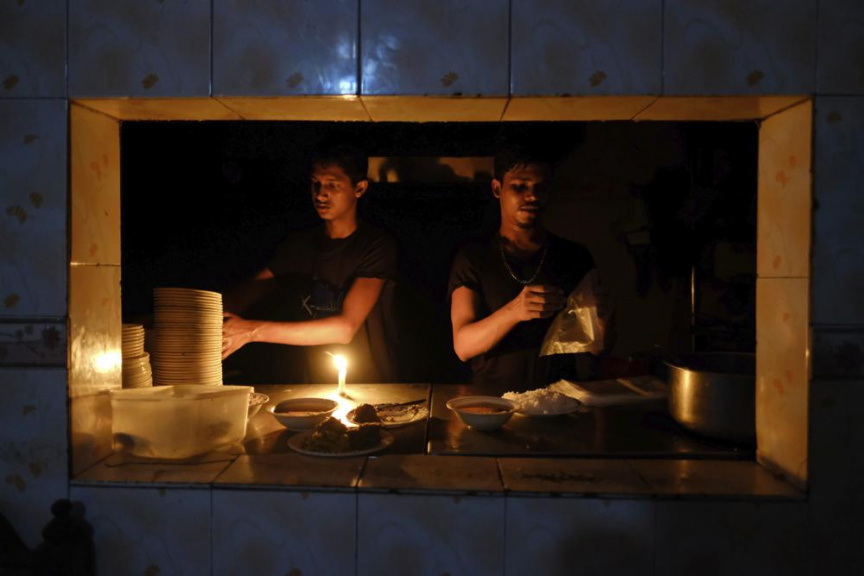 Staff at an eatery work by candle light after a failure in Bangladesh's national power grid plunged much of the country into a blackout in Dhaka, Bangladesh, Tuesday, Oct.4, 2022. (AP Photo/Mahmud Hossain Opu)

DHAKA,Bangladesh (AP) — A failure in Bangladesh’s national power grid plunged much of the country into a blackout on Tuesday, officials said.

Officials of the state-run Bangladesh Power Development Board said power transmission failed in the eastern part of the country.

All power plants tripped and electricity was cut in Dhaka and other big cities, said Shameem Hasan, a power department spokesman.

Engineers were trying to determine where and why the glitches happened and it could take hours to restore the system, he said.

Earlier this month, Faruque Hassan, president of Bangladesh Garment Manufacturers and Exporters Association, said that the situation is so serious that garment factories are without power now for around four to 10 hours a day. Bangladesh is the world’s second largest garment exporter after China, and it earns more than 80% of its total foreign currency from exports of garment products each year.

Last month, the Asian Development Bank said in a report that Bangladesh’s economic growth would slow to 6.6% from its previous forecast of 7.1% in the current fiscal year.

Weaker consumer spending due to sluggish export demand, domestic manufacturing constraints and other factors are behind the slowdown, it said.

UN: Deaths of Bangladeshi migrants should be probed

At least 24 dead in Bangladesh from tropical storm