MMPRC chief: Maldivians’ knack for adapting to change evident in promotion of tourism 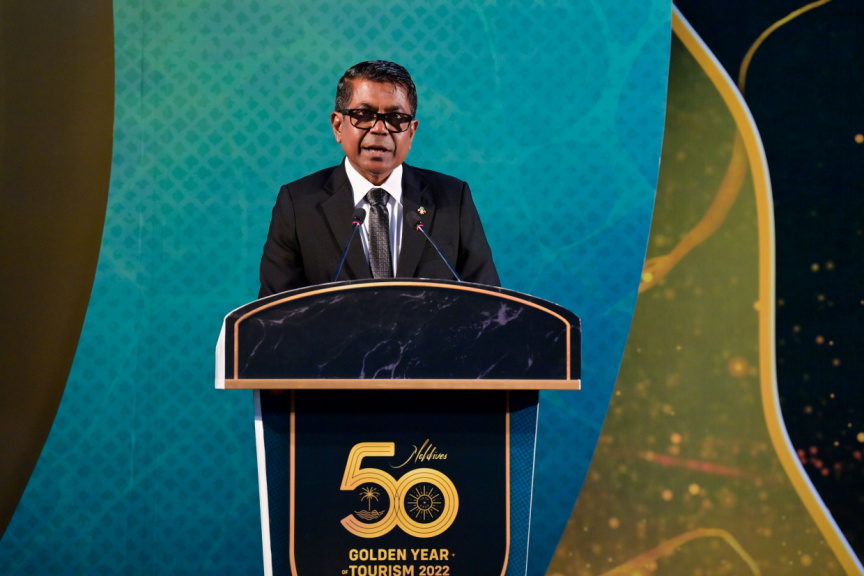 The Maldivian people’s knack for adapting to changing times is evident in the promotion of the Maldives’ tourism, states Maldives Marketing and Public Relations Corporation (MMPRC)’s Managing Director Thoyyib Mohamed.

He made the remark while speaking at the Tourism Golden Year Gala Evening held at Kurumba Maldives on Monday evening to celebrate 50 years of tourism in Maldives.

Thoyyib said that the Maldivian people were reaping the economic benefits of the foundation laid by a group of courageous youth 50 years ago.

“Back then, few people knew Maldives even existed. Back then, Maldivian tourism was marketed through word of mouth from the people who visited the country and talked about its natural beauty,” he said.

Thoyyib said word of mouth continued to play a key role in promoting tourism, and that the only difference is word of mouth now reaches a far larger audience.

“Maldives also has the world’s largest seaplane fleet,” he said.

Thoyyib said the Maldivian people had always been innovators, and apt at adapting to changing times.

This is highly evident in the promotion of tourism in Maldives over the last 50 years, he said.

Thoyyib said ‘Maldives’ was a world-renowned brand created by the Maldivian people.

The goal is to utilize this brand and protect it for the future generation, he said.

This year marks the Golden Year of Tourism in Maldives. It was 50 years ago, on October 3, 1972, that Maldives opened its first resort – Kurumba Village (now Kurumba Maldives).

MMPRC markets the Sunny Side of Life at MAKTA 2023

MMPRC exhibits the Maldives at Fitur 2023