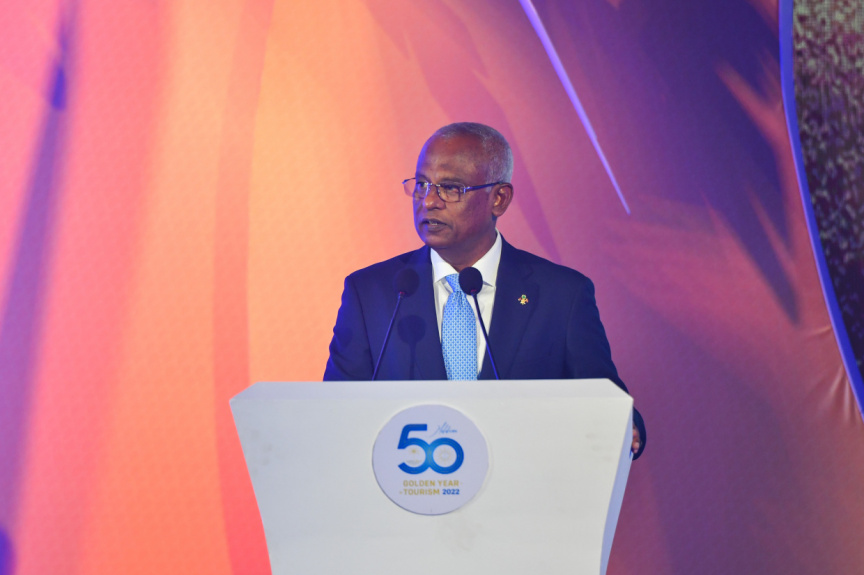 President Ibrahim Mohamed Solih on Sunday said that the biggest obstacle to the expansion of tourism in Maldives is islands leased for tourism purposes not being developed, even after many years.

Addressing the “Maldives Tourism Award” function held in Dharubaaruge on Sunday night in celebration of the 50th anniversary of tourism in Maldives, the President said that such islands have been leased without any long-term planning.

“Especially some of the islands and lagoons leased through MMPRC about six years back.”

He went on to note that while islands and lagoons worth billions were sold, the state is yet to receive the payments for them. Hence, the government has been trying to gain funds through the means of the court.

“ACC is investigating the cases of some of the islands and lagoons. The government is also working to give funding for new resort development as well.”

President Solih also noted that there was still plenty of work to be done in order to retain the status Maldives has received in tourism. An important task that needs to be done was protecting the natural richness of the country, he added.

This year marks the Golden Year of Tourism in Maldives. It was 50 years ago, on October 3, 1972, that Maldives opened its first resort – Kurumba Village (now Kurumba Maldives).