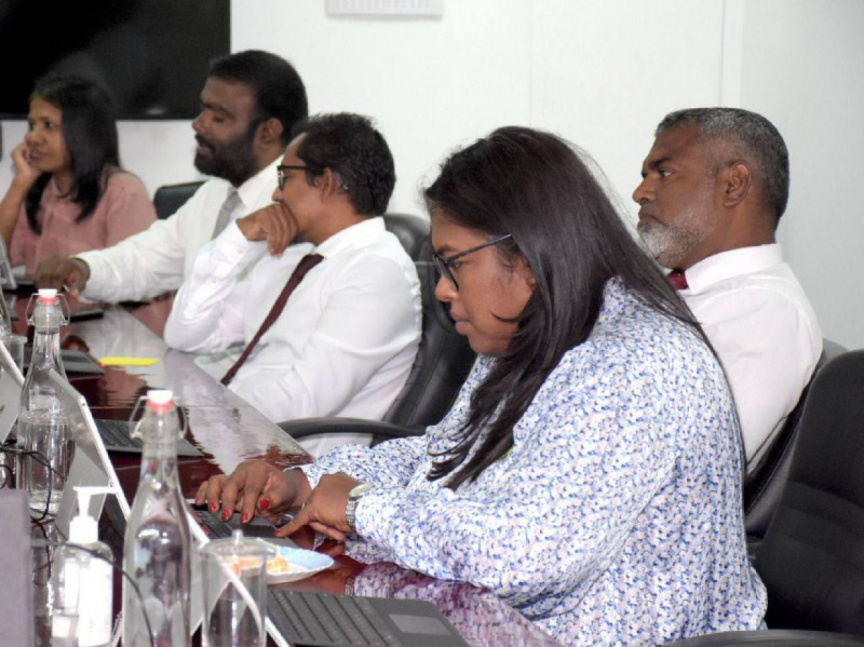 The AGO holds discussions with the JSC and Supreme Court on October 2, 2022. (Photo/AGO)

The Attorney General’s Office (AGO) has commenced discussions with relevant authorities regarding revising the composition of Judicial Service Commission (JSC).

AGO’s Communications Director Hussain Hassan told Sun the AGO held discussions with the JSC and Supreme Court on Sunday.

In a statement in September, the AGO said it intended to submit a bill to revise Article 158 of the Constitution in order to change the composition of JSC during the current parliamentary session.

The AGO is set to hold meetings with the High Court, lower courts, and other relevant institutions regarding the change.

Changing the composition of JSC had been one of current Maldivian administration’s electoral pledges. The failure to deliver the pledge has resulted in criticism against the administration.

JSC is currently composed of:

The presence of politicians in the JSC often sparks allegations of political influence in decisions.