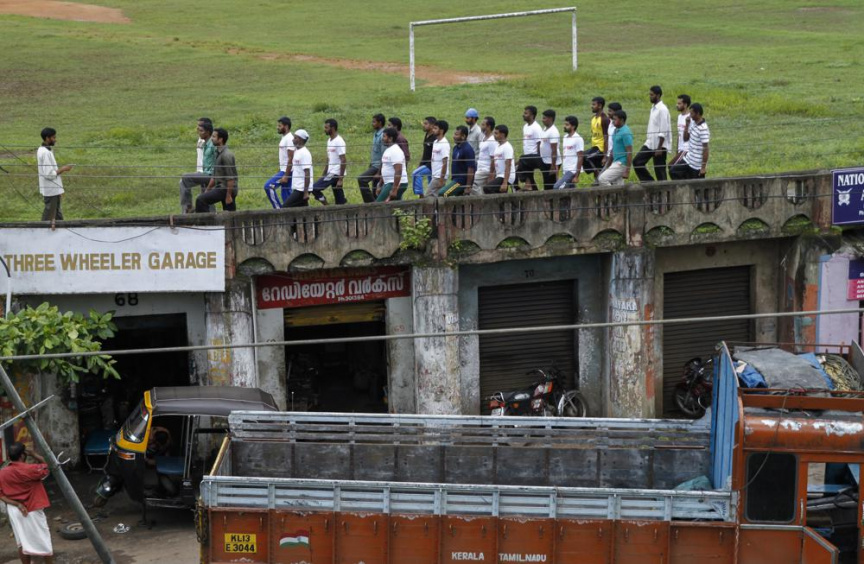 The ban followed the arrests and detentions of nearly 200 members of the Popular Front of India and raids on its offices this month.

A counsel for the PFI rejected the accusations and accused investigating agencies of fabricating evidence and targeting the group.

Muslims comprise more than 14% of India’s nearly 1.4 billion people. Tensions between Muslims and and Hindus have been rising, which critics of Prime Minister Narendra Modi attribute to his government’s Hindu-nationalist agenda.

The government accused the PFI of ties with the banned Students Islamic Movement of India, the Jamat-ul-Mujahideen of Bangladesh and the Islamic State of Iraq and Syria.

“PFI and its associates operated openly as a socio-economic, educational and political organization but they have been pursuing a secret agenda to radicalize a particular section of the society,” the government’s notification said.

The group came into existence in 2006 to counter Hindu-nationalist groups with the merger of the Karnataka Forum for Dignity and the National Development Front.

Mohammed Tahir, a counsel for the PFI, said the government failed to present evidence of the organization receiving outside money and funding terror activities in India by organizing riots in cities and attacks on Hindu organizations and its leaders.

Violent crimes carried out by PFI over the years included chopping off the hand of a college professor, killings of people associated with other religious organizations, supporting the Islamic State group and destruction of property, India’s National Investigating Agency said.

These violent acts “have had a demonstrative effect of striking terror in the minds of the citizens,” it said in a statement.

Critics of Modi say his Bharatiya Janata Party’s landslide reelection in 2019 has emboldened the home ministry and investigating agencies to declare individuals terrorists based solely on accusations, revoke the partial autonomy of Kashmir, India’s only Muslim-majority state, and implement a citizens’ registry in the northeastern state of Assam that excluded 2 million people, many of them Muslim.

The PFI ban was invoked under the stringent Unlawful Activities (Prevention) Act, which gives extraordinary powers to the government to deal with activities directed against the integrity and sovereignty of India. It can designate individuals as terrorists pending court trials.

India signals it will continue to buy oil from Russia

In new role as G20 chair, India set to focus on climate