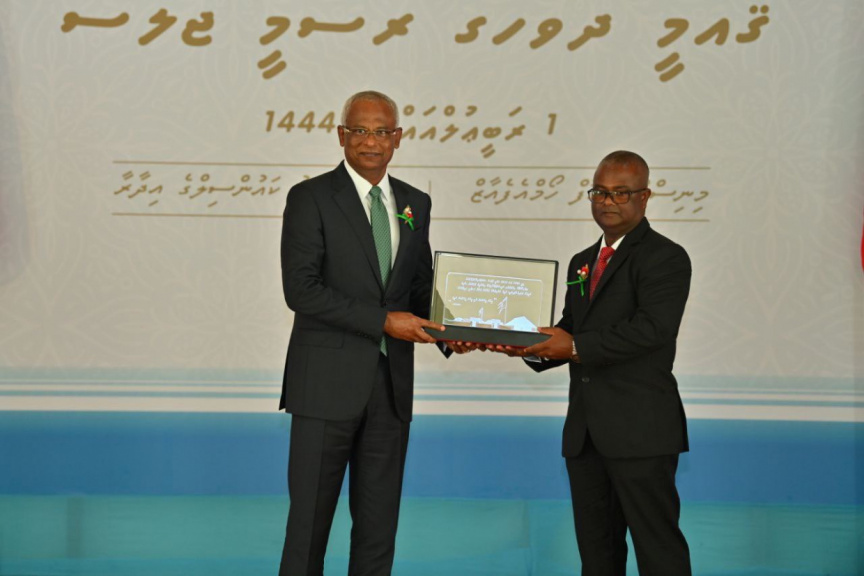 HA. Utheem councilors asked President Ibrahim Mohamed Solih on Tuesday for help restore and protect the Dhooni Thundi, a stretch of beach in the western end of Utheem where Muhammad Thakurufaanu Al Auzam (Bodu Thakurufaanu), one of Maldives’ most celebrated national heroes, once played as a young man.

Speaking at the function held in Utheem on Tuesday morning to mark the National Day – a celebration of Bodu Thakurufaanu’s victory over the Portuguese occupation – Utheem Council’s president Abdulla Rasheed said he acknowledged the priority given by the President to protect historical artefacts.

Abdulla said the Dhooni Thundi in Utheem, where Bodu Thakurufaanu once set traps to catch birds as a young man, had eroded.

“This is saddening not just for me, but for all of us. I therefore ask you to restore and protect this precious site with deep hope,” he said.

Abdulla highlighted on the need to learn from the struggle of Bodu Thakurufaanu and his companions.

“Ask not what the country can do for you. Ask what you can you for your country,” he said.

“With the wisdom gained from the selfless example shown by Bodu Thakurufaanu, the people of Utheem are in a state of readiness to save this country from whatever threat it may face. I assure you,” he said.

Tuesday’s function was attended by President Solih, First Lady Fazna Ahmed, and a delegation of cabinet ministers and other state officials.

New powerhouse in Utheem after 24 years