President: To uphold independence and sovereignty, we must first understand our history 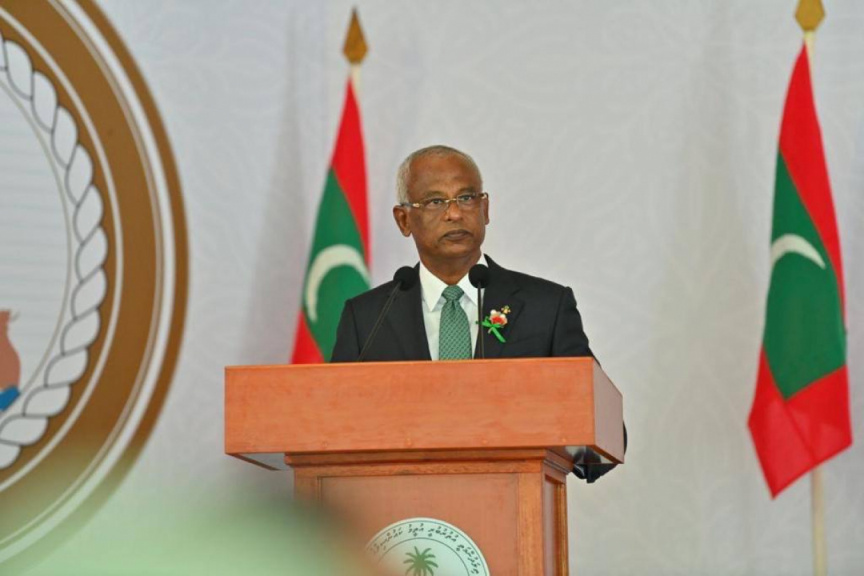 In order to uphold Maldives’ independence, sovereignty and individuality, the Maldivian people must first understand their own history, states President Ibrahim Mohamed Solih.

He made the statement during the function held in HA. Utheem Tuesday morning to celebrate Maldives’ National Day.

President Solih said the Maldivian people must understand where they come from and how they lived, and must preserve and protect they history, culture and artefacts.

Saying this standing in Utheem, I must note many of the rich historical artefacts in this island were neglected and no longer exist, he said.

President Solih said that he could say that no historical artefact or landmark that represents Maldives’ nationalism existsanymore, other than the Utheem Palace.

“We got our hands on the Kalhuvakaru Mosque with a lot of hard work. The Usgekolhu that was in Sultan’s Park is on that list. The historical sites in Male’ all fell into ruin and were lost,” he said.

President Solih said the historical sites across Maldives must be protected and preserved for the future of the country, and that his administration had begun that work with specific policies.

He said that nationalism meant finding a way for the Maldivian people to live an island lifestyle free from discrimination, and with a single focus.

Ensuring an easy island lifestyle to all islands, irrespective of the size of population, will revive nationalism that existed in Maldives in the past, he said.

President Solih said it wasn’t an option to abandon his administration’s work to shine the light on quick and easy paths to good health, education, and prosperity.

“I want the cooperation and support of all beloved Maldivian people for this,” he said.

President Solih described nationalism as good discipline and virtues born and grown within the country, and the love for one’s country and all life around the people.