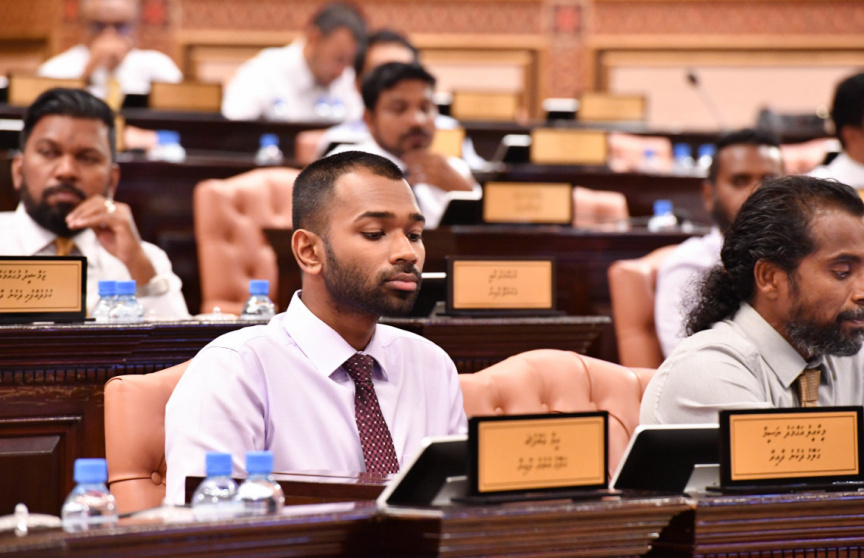 Parliament, on Tuesday, has accepted a resolution calling to identify which fertility treatments can be included under Aasandha – the national social health insurance scheme – and formulate comprehensive policies on the provision of these services.

The resolution stressing an increase in fertility issued in the Maldives was submitted by South Galolhu MP Meekail Naseem. It was accepted by the parliament with the unanimous votes of 45 members who took part in the vote. Subsequently, the resolution has been forwarded to the parliament’s Committee on Social Affairs for review.

Whilst presenting his resolution to the parliament, MP Meekail stressed the importance of expanding and improving access to fertility treatments under Aasandha.

Therewith, he said it was crucial for a nationwide study on infertility issues.

He also called on the government to take immediate measures to address the issue, such as finding a way to expand access to basic fertility medications, and to find a comprehensive solution to the issue based on Maldives’ economic means.

During today’s parliamentary sitting, a vote was also taken on whether to accept or reject the resolution submitted by Maavah MP, former Economic Minister Mohamed Saeed calling to revoke the suspension currently under effect for the implementation of Article 32 (a), (d) and (e) of the Fiscal Responsibility Act.

Implementation of some of the articles of the Fiscal Responsibility Act was suspended with permission for the government to overdraw from the public bank accounts as a measure to combat the financial constraints arising from the COVID-19 pandemic.

The suspension was extended twice, by the parliament. Following the last extension, the suspension of the implantation of these articles of the Fiscal Responsibility Act will conclude on December 31.

In his resolution, MP Saeed said that normalcy has been restored since the COVID-19 pandemic, whereas Maldives’ GDP has climbed by 13 percent. Therewith, he said that suspension of the clauses of the Fiscal Responsibility Act was no longer of use.

MP Jabir’s resolution was rejected by the votes of 31 members. Only five members had voted in favor of accepting the resolution which called on the government to provide most up-to-date transportation means by air, sea and land for police officers and an increment to their salaries based on inflation and the changes to prices of goods and services and the economy. The resolution proposed to open debate on the parliament floor regarding increasing the salaries of police officers by at least 30 percent before the end of the year.

Meanwhile, MP Thoriq’s bill was rejected by the votes of 37 members – with only six members voting in favor of accepting it.

The bill – submitted for the third time – proposed to decrease the number of JSC members to eight, and to exclude politicians and judges from the commission.