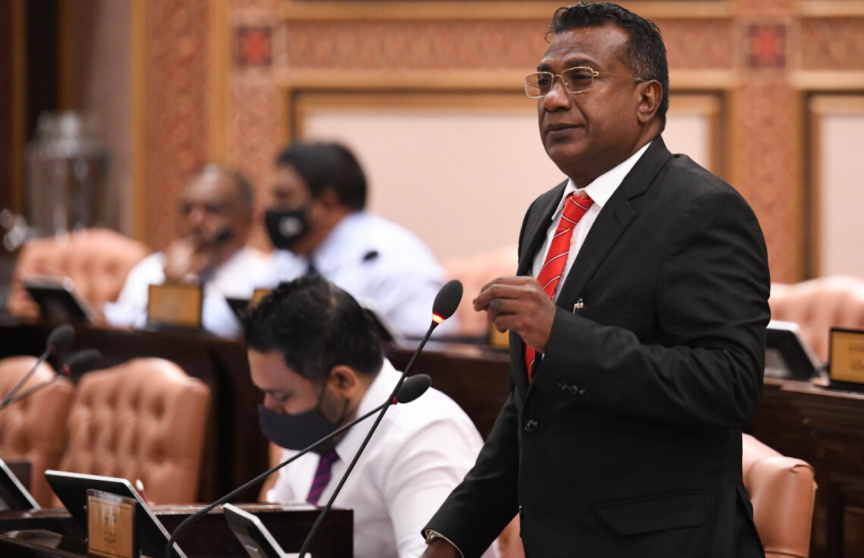 Parliament, on Tuesday, accepted the emergency motion submitted regarding the assault of police officers in Male’ City.

Three police officers working in the Drug Enforcement Department were assaulted near Euro Store in Majeedhee Magu in the capital of Maldives, Male’ City, on September 9.

The emergency motion submitted at today’s parliamentary sitting by the Kaashidhoo MP Abdulla Jabir over the case was accepted by the unanimous votes of 38 members.

Presenting his motion, MP Jabir said that the assault of three off-duty police officers of the Drug Enforcement Department on the 9th of this month was a dangerous additional to increased attacks on police officers as of recent.

“Although suspects in the assault have been identified and brought under police custody, this a very dangerous issue which is believed to require serious probing for subsequent solutions,” he had said.

MP Jabir the issue directly and indirectly impacts the citizens.

Underscoring lack of fear amongst gangs and drug networks – he said the case highlights how strongly they believe they will not be punished.

Via a tweet on the day of the assault, CP Hameed said that the officers were assaulted by members of a known crime group during their off-duty hours.

He also said that wider systems need to step up efforts to holistically tackle the problems of violent crime groups and the trafficking of narcotic drugs. He further stated that more support was needed to protect police officers, in order for them to be able to protect and serve the community.