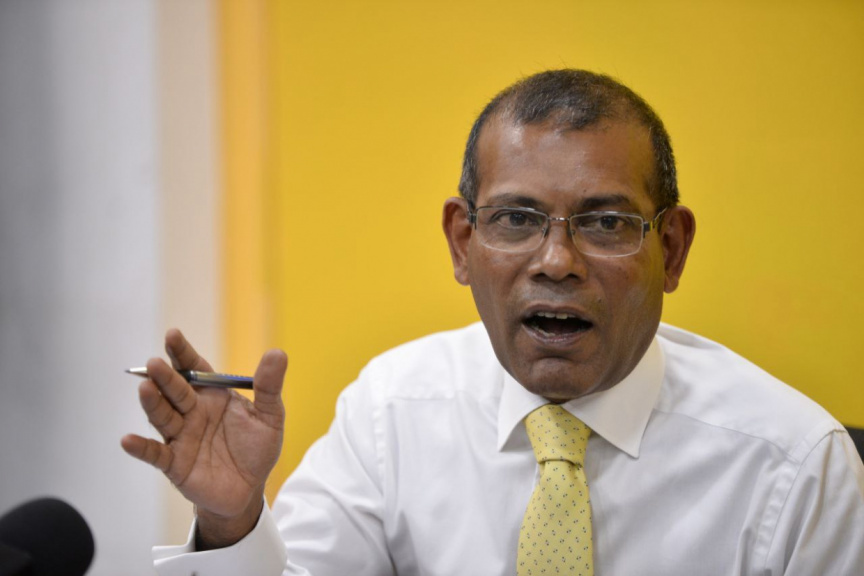 Maldivian Democratic Party’s (MDP) leader, Parliament Speaker Mohamed Nasheed has remarked that it is very hard to say the goals of MDP’s 2019 parliamentary election manifesto ‘Agenda 19’, have been reached.

In an interview to adduLIVE, Nasheed stressed that MDP had promised to fulfill many pledges throughout the course of the 19th parliament. However, he said that party’s hopes for the parliament have not been not met.

“The MMPRC graft scandal and other pledges to empower the people and strengthen councils have not been fulfilled,” he detailed.

Therewith, Nasheed said that it is very hard to say that the goals of ‘Agenda 19’ manifesto which MDP wished to implement at the parliament have been reached.

However, he stressed on the importance of valuing the matters which has been accomplished.

In this regard, Nasheed noted the major amendments to the Decentralization Act, with 33 percent of council seats being allocated for women.

He also underscored the establishment of minimum wage and ensuring service charge for resort workers as important pledges fulfilled under the ‘Agenda 19’ manifesto.

Noting many pledges were still unfulfilled – Nasheed stressed that the 19th parliament still had two years remaining to fulfill them.

Although ruling MDP holds super majority in the parliament – they have been the subject of criticism by both the public and opposition over failure to fulfill pledges.