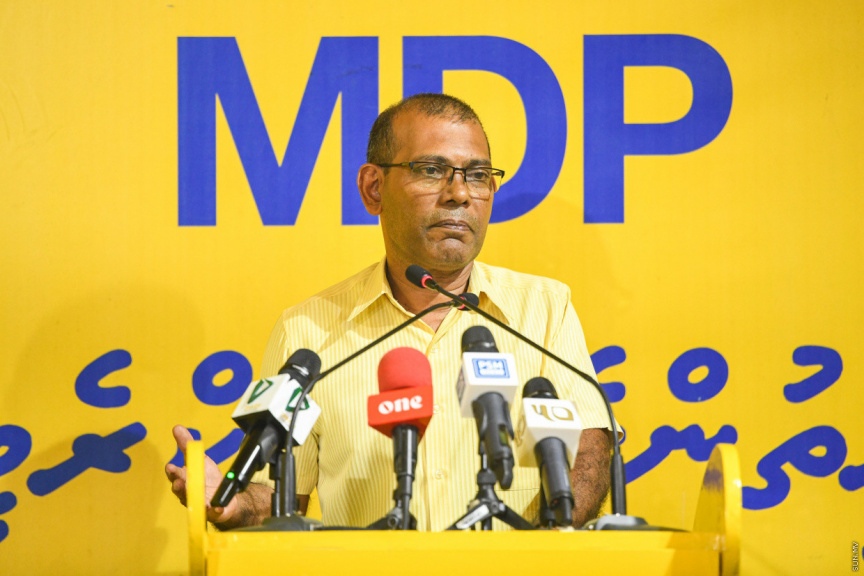 Nasheed met with MDP supporters in Addu during his current tour of the city on Friday night.

At the meeting, once of the participants asked Nasheed to advocate against the plan to increase the taxes.

Nasheed said he supported the plan.

"In the next two years, we will have to pay huge amounts to service foreign debt. Therefore, I support increasing GST and TGST,” he said.

Nasheed said lacking the means to repay debt was a greater risk than high foreign debt.

He said that such a circumstance would lead to Maldives going bankrupt and facing difficulties trading with other countries.

Nasheed said Maldives therefore needed to increase its income the next two years, and it left the government with two options.

“The state could raise a huge income by raising the tax and then selling the shares of state-owned enterprises under partnerships. We need to find some way to raise the money needed to repay debt the next two years. The danger and damage we face otherwise is too big,” he said.

The government announced its decision to submit a bill to amend the law in order to increase the GST and TGST back in July.

The government is pushing to raise the GST from 6 percent to 8 percent, and the TGST from 12 percent to 16 percent.