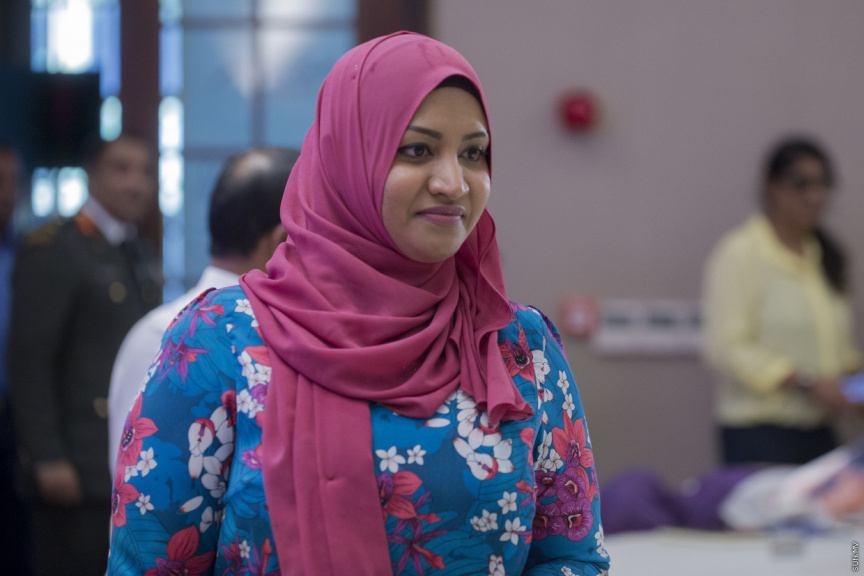 Parliament’s Committee on National Development and Heritage has decided ensure the attendance of Transport Minister Aishath Nahula at their next convening by issuance of summons following her failure to appear at a meeting scheduled for Wednesday morning.

The meeting of the Committee scheduled for 11:00am this morning had discussions with Transport Ministry’s officials regarding their annual report on agenda.

Set to proceed with officials from Auditor General’s Office, Transport Minister Nahula and her team failed to make an appearance at the time the meeting had commenced.

“I had requested Transport Ministry’s officials to present their annual report today. Honorable members of this Committee have advised canceling today’s meeting, after establishing the failure to attend. To ensure attendance at the next meeting by issuance of summons. I voice this out to record,” Committee’s Chairperson. Baarah MP Ahmed Abdulla had said eight minutes after the meeting had commenced.

Parliament regulations dictate that it is ministers from ministries that must be answerable to committees of the parliament. However, a team, which includes the minister, may be answerable too.

An official from Transport Ministry told Sun that the Minister was unable to attend the meeting on the time specified over an urgent matter. Noting this was informed to the parliament, the official detailed that when the minister had arrived for the meeting, it had already been concluded.