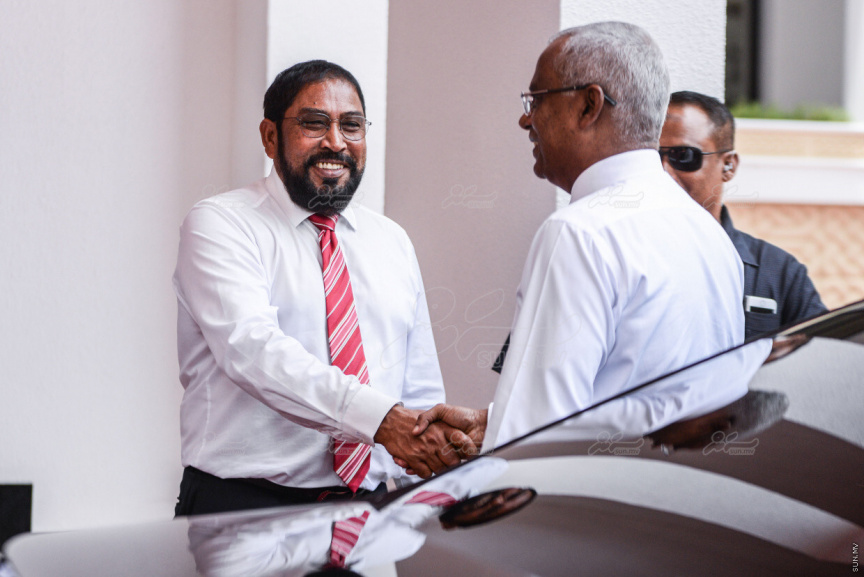 Jumhoory Party (JP)’s leader Qasim Ibrahim expressed unhappiness over the coalition government he helped bring to power in 2018, complaining that 90 percent of what was agreed upon had not been fulfilled.

In an appearance on RaajjeTV’s Fashaairu show on Tuesday morning, the Maamigili MP said that politicians formed coalitions to win elections, but soon forgot about their coalition partners once they come to power.

“Once they come to power, the main ruling party rules as if a coalition doesn’t exist,” said Qasim.

Qasim said that though the main ruling party, Maldivian Democratic Party (MDP), never officially announced the coalition no longer existed, the bulk of what was agreed by coalition partners was nowhere close to getting implemented.

He said that it had been his experience forming coalitions with all parties in the past.

However, the experience with President Ibrahim Mohamed Solih’s administration has been better than with the past two administrations, he said.

Qasim said he was unable to say whether the coalition would remain in place for the 2023 presidential elections.

But we have not engaged in discussions with any other party regarding forming a coalition for the elections, he said.

JP is the second largest party in the current coalition government. Qasim’s spouse, Aishath Nahula serves as transport minister in the cabinet and many of JP’s members serve in top positions in the administration.

"Fight with utmost sincerity in dispute with Mauritius"

Qasim: Cant do much from outside without power