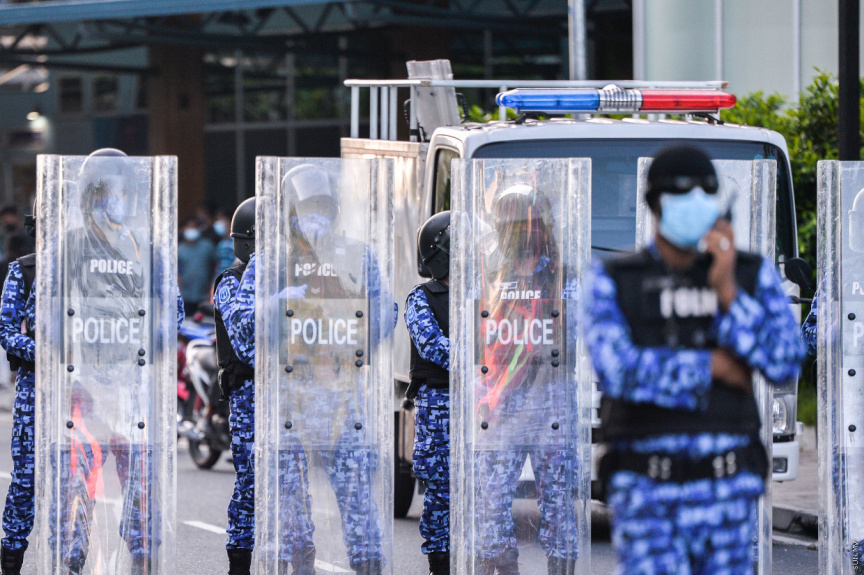 Police officers geared up for an operation. (Sun File Photo)

Maldives Police Services revealed that another man has been arrested in connection to the attack on their officers near Euro Store, Majeedhee Magu in Male’ City.

Media official for Police said that a 20-year-old man had been arrested under a court order.

Police had previously made two arrests from the crime scene itself.

Both these suspects have now been detained till the end of the trial.

So far, Police have not revealed details pertaining to their identity or any other information.

Police revealed that three officers sustained injuries of various degrees, and one officer was taken to ADK Hospital for treatment.

Addressing the incident, Commissioner of Police Mohamed Hameed, on Friday, stated that the attack on police officers would be investigated as a serious matter.

CP Hameed detailed that members of a known crime group assaulted the officers during their off-duty hours. He said that officers worked in the Drug Enforcement Department.

A video showing the attack on police officers had gone viral on social media. In the video, police officers are shown carrying a motorist who had fallen off a motorcycle to an ambulance.