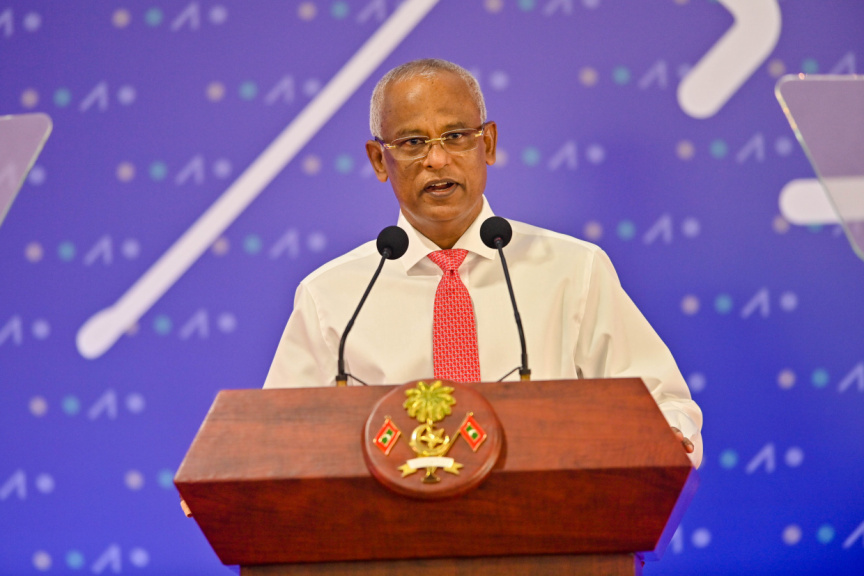 President Ibrahim Mohamed Solih speaks at the opening of the two-day 'Viavathi Raajje' conference in AA. Ukulhas on May 28, 2022. (Photo/President's Office)

The President’s Office, on Thursday, has revealed that President Ibrahim Mohamed Solih will be visiting L. Gan on Saturday to partake in the third edition of ‘Viavathi Raajje’ conference.

Speaking during the press conference, Miuvaan detailed that four main topics will be discussed at the conference; fiscal autonomy of local councils, forumation of land-use plans, equality and social welfare.

This is the second Viavathi conference of this year. It is set to kick off on Saturday at L. Gan, and continue till next week’s Monday.

A sports festival will be held on Saturday evening at L. Gan as part of conference similar to previous editions, to build rapport amongst participants.

The conference was last held in May of this year, at AA. Ukulhas.