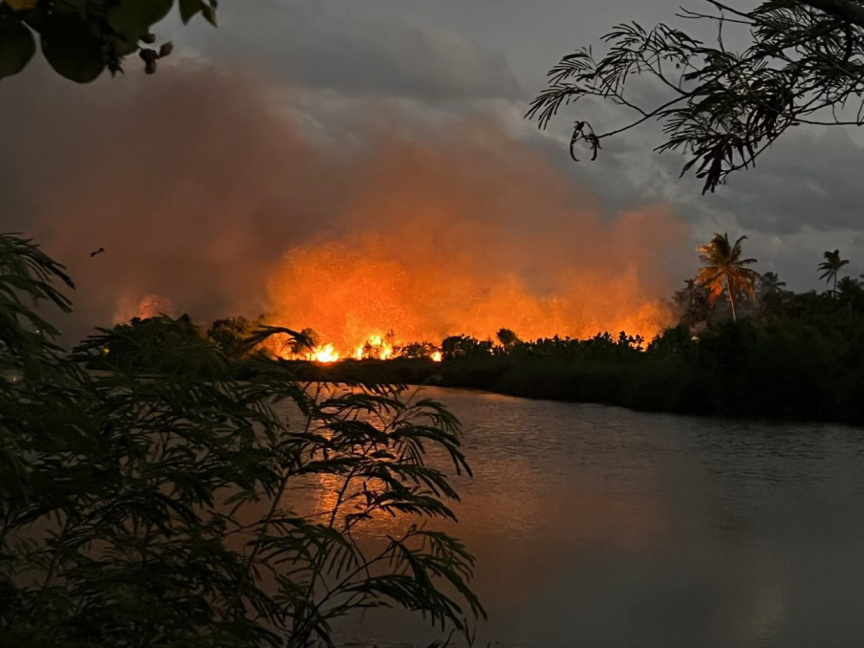 A fire broke out in the mangrove lake area of Addu’s Hithadhoo district on Wednesday.

Addu councilwoman Aminath Adhaalaa Rasheed told Sun the fire at the lake area, known locally as Maa Kilhi, was reported to the council at approximately 05:30 pm.

MNDF Fire and Rescue Service, the police and council are working on containing the fire, said the council.

No one was injured in the incident.

Another councilor, Ibrahim Shinaz told Sun a large part of the area was affected by the fire.

The fire continues to spread, aided by the direction of the wind, he said.

“One side is completely on fire. MNDF assured us they will contain the fire, however, the fire continues to spread due to the direction of the wind,” he said.

He said that the cause of the fire remains unclear, but he suspects it was deliberate.

“We don’t know for sure. This is a very hot day. Its possible the fire resulted from the heat,” he said.