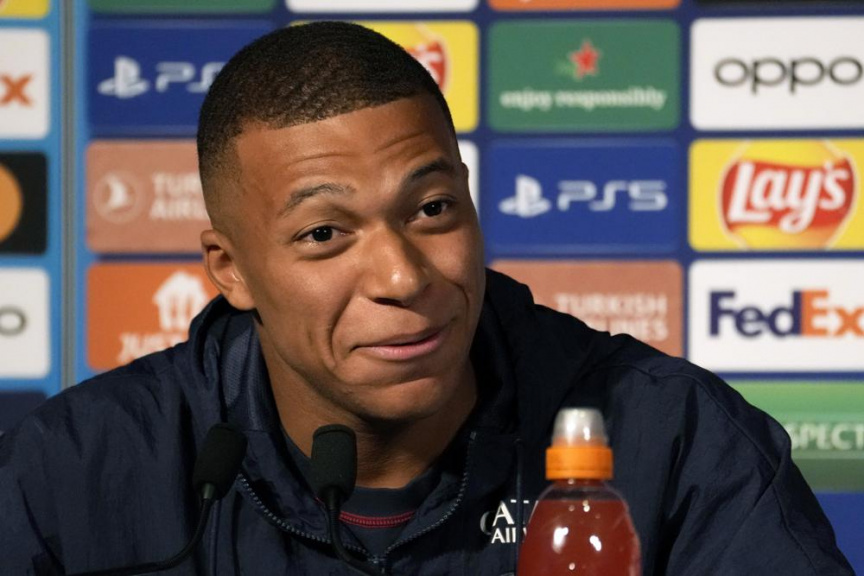 PARIS (AP) — Kylian Mbappé has spoken to Paul Pogba after being implicated in lurid claims involving a witch doctor and said on Monday he wants to believe his France teammate who is the subject of alleged blackmail.

“Today, I prefer to believe the word of a teammate,” Mbappé said at a news conference ahead of Paris Saint-Germain’s Champions League game on Tuesday against Juventus, Pogba’s current club.

Pogba cannot play because of a knee injury.

French authorities are investigating allegations Pogba was the target of an extortion plot by his brother and childhood friends who demanded 13 million euros ($13 million) from the former Manchester United midfielder.

Mbappé was dragged into the story by being named in social media posts by Pogba’s brother, Mathias.

Paul Pogba reportedly told investigators the blackmailers aimed to discredit him by claiming he asked a witch doctor to cast a spell on French superstar Mbappé.

Pogba denied that allegation and Mbappé sided on Monday with the player he won a World Cup with in 2018.

“He called me, he gave his version of the facts,” Mbappé said. “It’s his word against the word of his brother. He (Paul Pogba) already has certain problems and I think it’s not the time to add to them for him. We’ll see how that all goes, I’m pretty detached from all that.”

French officials have said Pogba paid 100,000 euros (nearly $100,000) to the group including his brother that tried to extort millions more.

Pogba reportedly made the payment after he was threatened by masked, armed men in a Paris apartment in March while he was in France for a national team game.