Imran: A member of Adhaalath Party will take oath as president in 2033 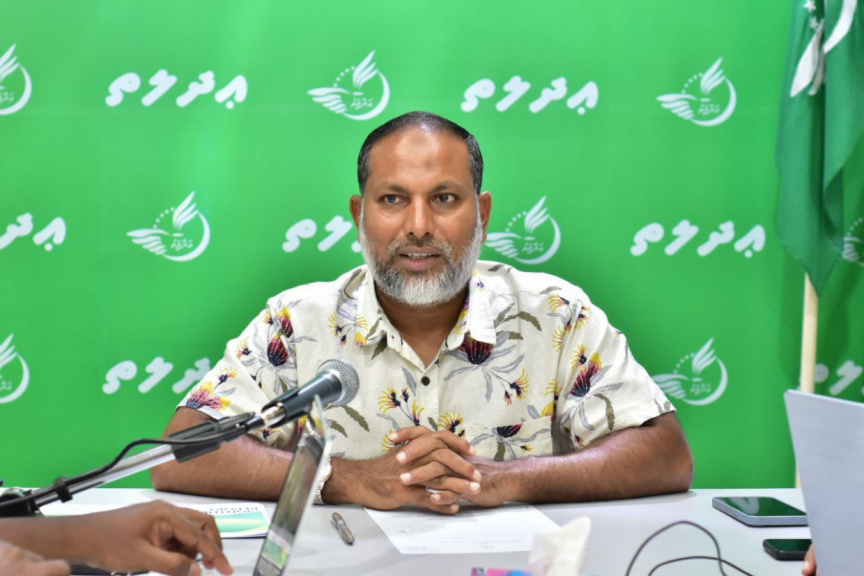 Adhaalath Party’s leader, Home Minister Imran Abdulla, on Monday, has stated that a member of his party will be taking oath as the president of Maldives in 2033.

Imran made the remark via a tweet in which he shared pictures of a meeting held last night by Adhaalath Party's council to formulate the party’s 10-year strategic plan.

“By Allah’s will, the presidency of Maldives will be assumed by a member of Adhaalath Party in 2033,” he had said.

Although Adhaalath Party did not produce any candidates in the recent presidential elections held in the Maldives – they had a share in all of the governments. In this regard, the party endorsed Mohamed Nasheed in 2008’s presidential election. When Nasheed’s administration was ousted, and Dr. Mohamed Waheed Hassan Manik took oath as the president, Adhaalath Party had backed him. Adhaalath Party was also in the coalition which succeeded in bringing Abdulla Yameen Abdul Gayyoom into presidency. They are also amongst the political parties included in the current government coalition.

However, the party has not performed well individually in parliamentary and local council elections.

The decision by the party last night indicated they will not produce a direct candidate for presidency in the next two presidential elections.