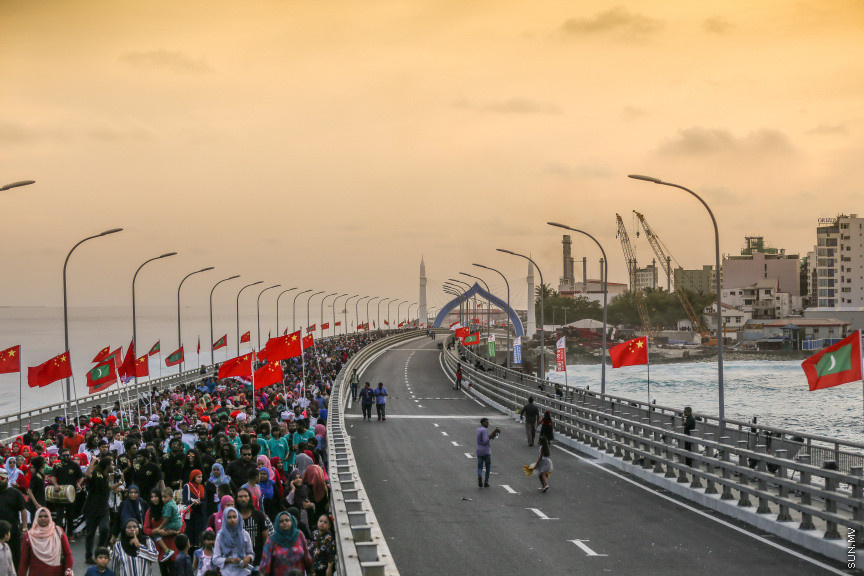 The Sinamale’ Bridge (also knows as the China-Maldives Friendship Bridge) has been nearly 100 million movements since it was opened to public four years ago, says China’s top diplomat in Maldives.

The USD 200 million bridge was financed with a grant and loan from China, and from the state budget. It marked the biggest infrastructure development project in Maldivian history.

In a video message on Tuesday, Chinese ambassador Wang Lixin described the bridge as “a symbol of the profound friendship between China and the Maldives”.

She said the bridge has seen nearly 100 million movements since it opened four years ago.

“Since it opened to the public over four years ago, almost 100 million people have passed through the bridge, which has greatly facilitated the daily life of local people, and also greatly promoted the social and economic development of Maldives,” she said.

Wang said Maldives and China were jointly embarking on a road towards hope, prosperity and happiness.

She noted that Maldives and China were set to celebrate 50 years since the establishment of official diplomatic relations in coming October.

“Let’s work together to promote our friendly and mutually beneficial cooperation, with more fruitful achievements in the future,” she said.

The opening of the Sinamale’ Bridge had marked the realization of an years-long dream held by the Maldivian people.