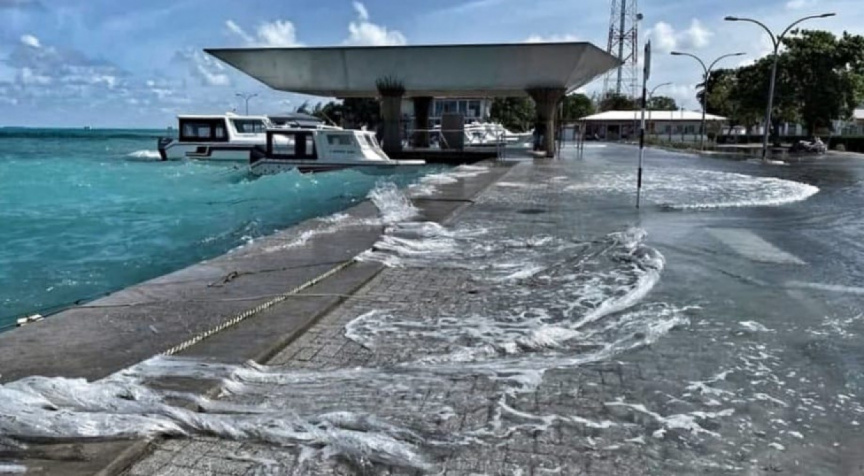 Maldives Meteorological Service (Met Office), on Friday, has forecasted rain across all areas in the Maldives, also warning of possible wave surges in north and central regions during high tides.

Whilst the weather forecasting body has predicted rain and rough seas across all Maldivian islands – a white alert has been issued to north and central regions.

The white alert is effective from 2:00pm to 8:00pm on Friday, for the area from Haa Alifu Atoll to Thaa Atoll.

Met Office forecasts the area will be affected by heavy rain and thunderstorms, strong winds of 22 – 27mph with gusts of 45mph and rough seas.

They also noted that wave surges were possible in north and central regions during high tides.

The weather in the Maldives has yet again taken a turn for worse after it saw improvements for several days. Extreme weather across the island nation recently led to wave surges impacting many islands following which they reported irrevocable losses.

Met predicts stormy weather in Maldives for next 48hrs