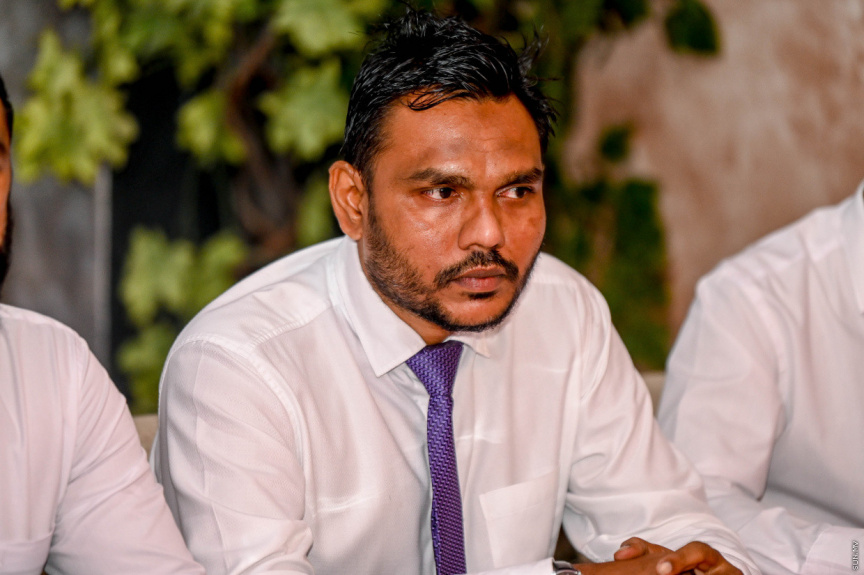 In a message sent to Maldivian Democratic Party’s (MDP) National Council’s Whatsapp group – the party’s leader, Parliament Speaker Mohamed Nasheed claimed to have received photos of President Solih committing adultery with a young woman. Noting that his flight just landed in the UK – Nasheed had inquired whether the photos should be submitted to the police.

In a letter sent by Tholib to Prosecutor General Hussain Shameem – he underscored that Article 612 (a) (1) of the Penal Code states that falsely accusing a person of adultery is an offense with reference to Nasheed’s adultery accusations against President Solih, repeatedly infringing his reputation.

Therewith, Tholib said that he is requesting the Prosecutor General to issue an order to investigative bodies to probe the unlawful acts by Nasheed as such false accusations against the head of a state is a crime against the whole government and Maldivian people – to ensure the safety and security of the head of state, the government and the people and maintain public order.

In this regard, it was noted in the letter that Article 233 (f) of the Constitution stipulates that if a complaint regarding a suspected criminal act by a person is submitted, or is brought to the attention of Prosecutor General in an alternate way, the Constitution has vested the power to order the probe of such a matter to the Prosecutor General.

In addition to this, it was also noted that Article 23 (c) of the Criminal Procedure Code states that if Prosecutor General is informed of an offense being committed by a person, the Prosecutor General has the power to order investigative bodies to probe the matter.

Nasheed claimed to have explicit photos of President Solih with a young girl following the arrest of Nasheed’s younger brother, Nazim Sattar, by the police in their probe of the video leaked online which allegedly shows Nazim engaging in sexual relations with Bangladeshi sex worker, Alamgiri.