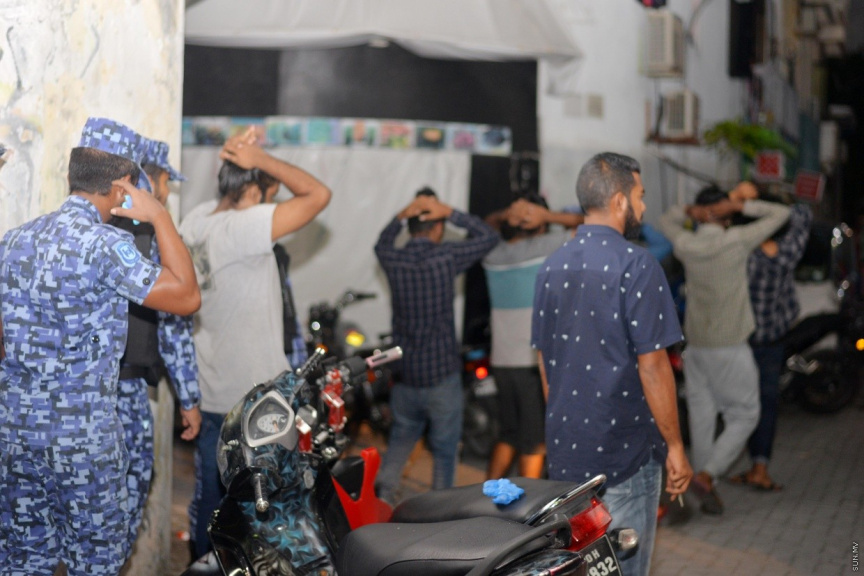 Police arrest suspects in response to a stabbing in Male' City on November 14, 2017. (File Photo/Sun)

Four young men have been arrested from Male’ City for attempted assault.

The arrests were made on Tuesday night.

Police identified the suspects as a19-year-old, two 21-year-olds and a 27-year-old.

They were arrested driving away on two motorcycles carrying iron rods.

According to police, the four suspects threw the iron rods on the street.

Two people were injured in an assault on a street in Male’ City on Monday night. Eye witnesses report the assault was carried out using iron rods and wooden batons. A 19-year-old was arrested under court under in connection to the case on Wednesday. The court remanded him to custody of police for five days.

MP Shiyam: We need an audit on Shahid’s expenses