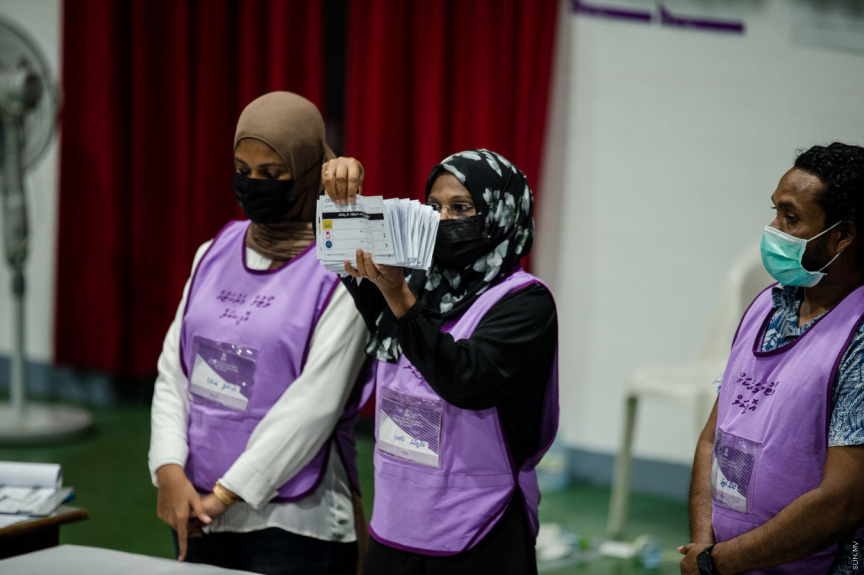 Elections Commissions (EC) has announced their decision to hold Sh. Maaungoodhoo Council by-election on October – opening applications for individuals interested in contesting for the vacant seat in Maungoodhoo Council.

A seat in Maaungoodhoo Council became vacant following the resignation of Musthafa Abdul Gayyoom on July 20, who was serving as councilor. He was elected to the council on Maldivian Democratic Party’s (MDP) ticket.

In an announcement made today, EC said that the deadline to submit applications for Maaungoodhoo by-election is on 2:00pm on September 1.

EC has conducted the by-elections of two councils on last Saturday as well; that is M. Dhiggaru Council and Th. Gaadhiffushi Council. Prior to that, a by-election was held to select a president for Lh. Kurendhoo Council.

However, most by-elections have involved WDCs. EC’s President Fuad Thaufeeq has previously stated that the commission has completely exhausted its budget for by-elections. He noted that approximately MVR 150,00 is spent on each by-election.

Fuad added that Finance Ministry had instruction the commission to utilize its administrative budget to hold by-elections following the exhaustion without releasing more funds.