Op-ed: India – A vibrant democracy and a pluralistic society 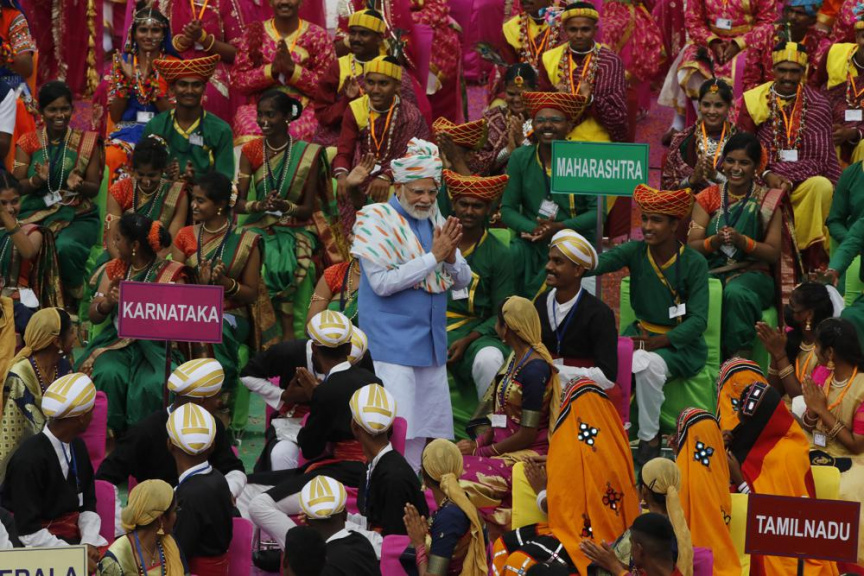 The following is an op-ed written by Ambassador A. R. Ghanshyam

For much of the two thousand years of the Common Era, India was the largest economy contributing a third of the global output. Archaeological evidence traces the origins of ancient India’s Indus Valley Civilization to the 5th millennium before the Common Era. During medieval times too India witnessed several glorious empires and great civilizations spread across millions of miles under enlightened emperors.

Towards the last quarter of the last millennium, India came under the influence of East India Company for almost a century during 18th and 19th centuries. Thereafter the Sepoy Mutiny in 1857 compelled the British to place India directly under the British Crown for another ninety years. For almost two centuries, therefore, India was anchored to Great Britain serving the interests of only the British Empire. Of all the colonies the British conquered, controlled and immensely benefited from it was India that was by far the biggest and the wealthiest and was often referred to as the Jewel in the (British) Crown.

Before finally leaving India, the British divided the Indian subcontinent into two countries in three parcels - India, Pakistan West and Pakistan East. India’s population then was 330 million and the GDP was INR 2.7 trillion - a paltry 3% of the global GDP. A country which accounted for a third of the global output for much of two millennia before had thus been bled bone dry by the colonial masters.

Independent India has witnessed seventeen free and fair Parliamentary Elections with fifteen Prime Ministers at the helm - each contributing his/her mite to the growth, stability and development of the Indian Nation, its society and economy. How individual Prime Ministers of India tried to build a modern India from the debris of two centuries’ rule by the British Empire is in itself a great story and has been narrated by many authors, Indian and foreign.

In the seventy-five years since independence, India has negotiated a difficult, at times treacherous, journey replete with five wars (1948, 1962, 1965, 1971 and 1999) and facing frequent occurrence of natural calamities i.e. floods, famines, droughts and epidemics. Two of its elected Prime Ministers were brutally assassinated and a third died mysteriously after signing the Ceasefire Agreement in the Soviet city of Tashkent post the India-Pakistan 1965 War. A stretch of 21 months during 1975-77 remains an aberration in India’s otherwise uninterrupted democracy when fundamental rights of Indian citizens were suspended during the period of national emergency.

Much water has flown in the Ganga since India attained her independence. During 1950-51 the contributions to Indian GDP by agriculture, industry and services sectors were 56%, 15% and 29% respectively. Agriculture employed the largest work-force of 72% with Manufacturing and Services providing 10% and 18% jobs respectively. Today the service sector accounts for 54% of Indian GDP. The industry and agriculture follow with 25.92% and 20.19% respectively.

As for education, when the British left India there were 210,000 primary schools, 13,600 middle schools and 7,416 higher secondary schools in India apart from 498 colleges and 27 Universities. Today there are 1.6 million schools, 42,343 colleges and a thousand Universities. More than 250 million children are going to school today in India and close to 40 million are enrolled in our universities.

India survived a devastating once in a century pandemic of Covid 19 and its economy contracted by 7.3% in the financial year 2020-21.  It may be some consolation that this contraction was lower than in other major economies. As per latest available estimates the growth rate of GDP for 2021-22 is pegged at 8.7% which has to be seen in the context of 7.3% contraction in the preceding year.

In the last ten years, despite a sliding down of growth rates since 2016 till the economy picked up this year and a significant unemployment burden haunting policy maker in the country, there is a quiet revolution taking place in the arena of technology, digitization and innovation spearheaded by young Indian companies. The government’s Atmanirbharta crusade has given an impetus to it.

Latest research of the Indian economy in the last ten years by analyst Ruchir Sharma has a few exciting revelations. In 2011 India had 55 Billionaires with a cumulative wealth of US $ 256 billion which was then equivalent to 13.5% of India’s GDP. Ten years later in 2021 India hosts 140 billionaires with the cumulative wealth US$ 596 billion equivalent to 19.6% of the GDP. Sharma adds that 110 of these are new Billionaires created during the course of just last decade. At the time of independence India was the sixth largest economy in the world. In 2021 it retains the same position which is no mean achievement with India’s population having more than quadrupled.

Notwithstanding the above, there is no room for complacency because (a) India still have a large population that lives below the poverty line, estimated by the World Bank at 140 million which is 10% of the population, (b) the formal and informal sectors may not able to absorb the large number of educated young who are passing out of colleges (2022 estimate is 10.76 million), (c) external and internal factors will keep haunting the policy establishment in its effort to achieve double digit GDP growth rate which is the need of the hour for India. Be that as it may India also has several advantages - (i) a median age of less than 30 years, (ii) a strong and focussed government, (iii) growing market, and, (iv) an innovative Indian youth. If India persists with its pursuit of building and consolidating its infrastructure, keeps the society cohesive and harmonious, stabilizes predictable consistency in policy formulation and implementation, a brighter future can be ensured for its future generations.

12 die in wall collapse at India amid heavy rains