Siyam: MDA capable of winning election in one round, a coalition not needed 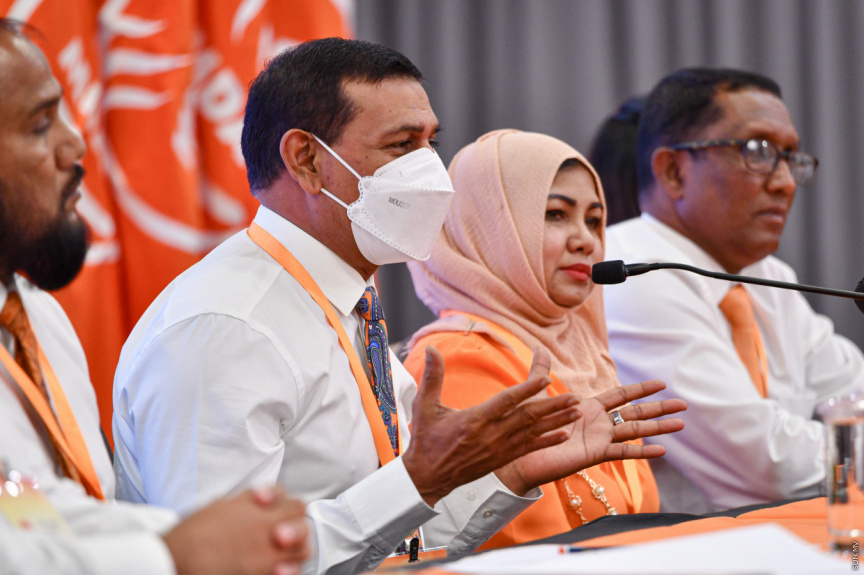 Maldives Development Alliance (MDA)’s President, Meedhoo MP Ahmed Siyam Mohamed, on Thursday, has stated that the party is capable of winning the election from one round without forming a coalition with any other political party.

Speaking to the press after MDA’s Extraordinary Congress – Siyam had detailed the reasons why there was no need to a coalition with other political parties.

“As I believe, this party does not require a coalition to secure presidency in the future. That is as we are very pure, and have a clean slate,” he had said.

Siyam added that Maldivian residents accept how MDA has been treating them. In this regard, he referenced the significant financial assistance rendered by the party to the Maldivian government for Aasadha and other matters. Therewith, Siyam said that MDA is capable of doing things for the Maldivian people.

He further stated that the party’s plan at present is to succeed in the presidential election by a landslide in the first round.

He also addressed the talks that have once again surfaced regarding the governing system of the Maldives.

In this regard, Siyam said that MDA would not try to change the governing system of the Maldives if they are in power – citing that the existing governing system allows the direct participation of people. He also added that the presidential system was a check and balance system.

“The existing system is a great governing system. A devoted, good government for the people can be achieved through this system,” he had said.

Siyam stressed that holding a constitutional referendum at a huge expense from the people’s money is impractical during a period of time the Maldivian economy is at a fragile state.