Shaahil’s father: Death penalty should be enforced if murder charges are proven even if it is my son 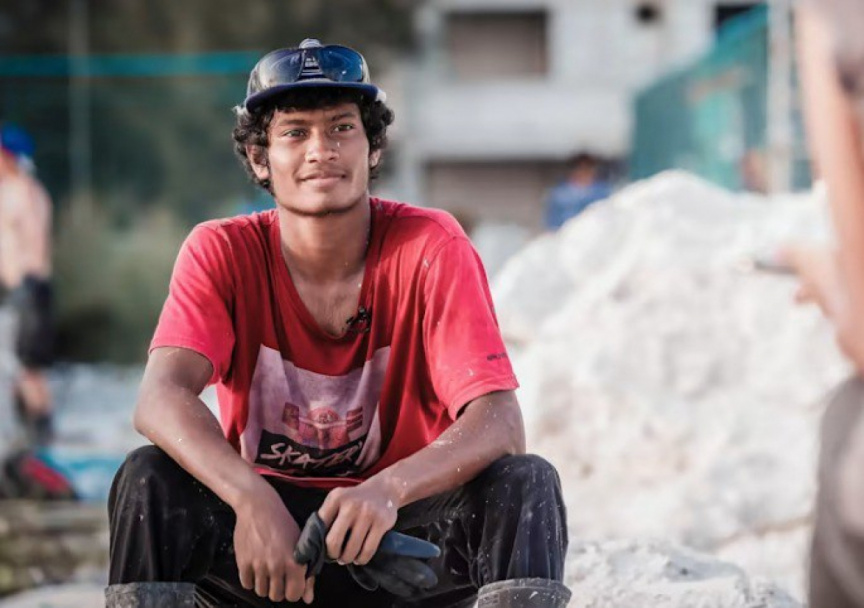 The father of Ali Shaahil, the suspect arrested in connection to the brutal murder woman in Male’ City on Saturday night, has stated that if murder charges are proven, the death penalty should be enforced even if the assailant is his own son.

Police said that the crime was reported to authorities at approximately 23:18pm on Saturday night. When officers had gone to the scene – they discovered the murdered body of Shiaau Mohamed Saeed, Kuri, Fuvahmulah City.

A suspect was arrested at a scene - renowned local skater, Ali Shaahil, 22, Finfenmaage, F. Nilandhoo. He was escorted in a hazmat suit to a police vehicle at 1:25am on Sunday morning.

Whilst Shaahil is the lone suspect in the murder of Shiaau – his father Naseem told Sun on Tuesday night that if murder charges are proven against his son, the death penalty must be enforced.

“Even if it is my son, should be punished if convicted of such a crime. Therefore, if the charge is proven, I, 100 percent, have no objection for my son being sentenced to death,” he had said.

Shaahil has been remanded in police custody pending the outcome of his trial.

Shaahil was first taken to Galolhu Police Station after his arrest on early Sunday morning. He was later transported to Dhoonidhoo.

The victim, Shiaau’s  body was transported to Gololhu Mortuary in an ambulance belonging to Indira Gandhi Memorial Hospital (IGMH) on Sunday morning from the crime scene. Sun journalists who were at the scene reported that her body was loaded onto the ambulance in two separate body bags.

At a press conference held on Sunday evening, Police said that Shaahil was under influence at the time of his arrest.

They also confirmed having seized the weapon used to commit the murder from the crime scene.