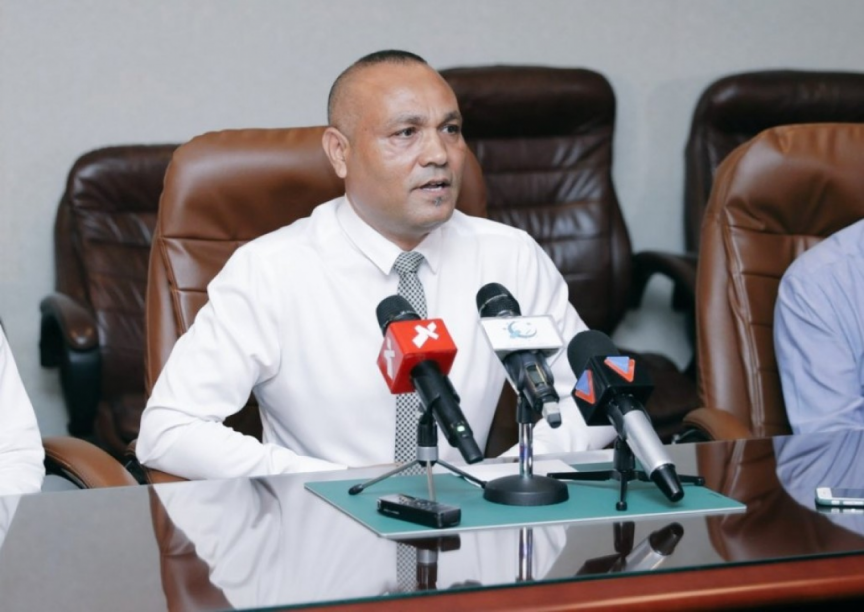 Ibrahim Rafiu who terminated from his post as a Senior Executive Director at the National Centre for the Holy Quran over homosexuality allegations. (Photo/Islamic Ministry)

A senior official from National Centre for the Holy Quran has been terminated from his post following the leak of a video which allegedly shows him engaging in homosexual relations.

The senior official who was terminated from his post on Sunday is Ibrahim Rafiu who was serving as a Senior Executive Director at the National Centre for the Holy Quran. Islamic Ministry has confirmed his termination to Sun.

Rafiu is an activist of ruling Maldivian Democratic Party (MDP). He recites Quran at many MDP events to commemorate the beginning with blessings.

A string of videos of men engaging in sexual relations with Alamgiri has been leaked from June onwards.

The police have previously stated that cases pertaining to homosexuality is being investigated as serious matters.

Education Ministry, on Friday, confirmed that some male teachers have been suspended over engaging in sexual relations with Alamgiri.

Home Ministry has also confirmed the suspension of an employee over suspicions of engaging in homosexual relations.

An employee working at People’s Majlis and two from Maldives Customs have also been suspended over suspicions of engaging in homosexual relations. However, it is unclear whether their cases relate to Alamgiri’s.

Sun has learned that over 100 people engaged in homosexual relations with Alamgiri.