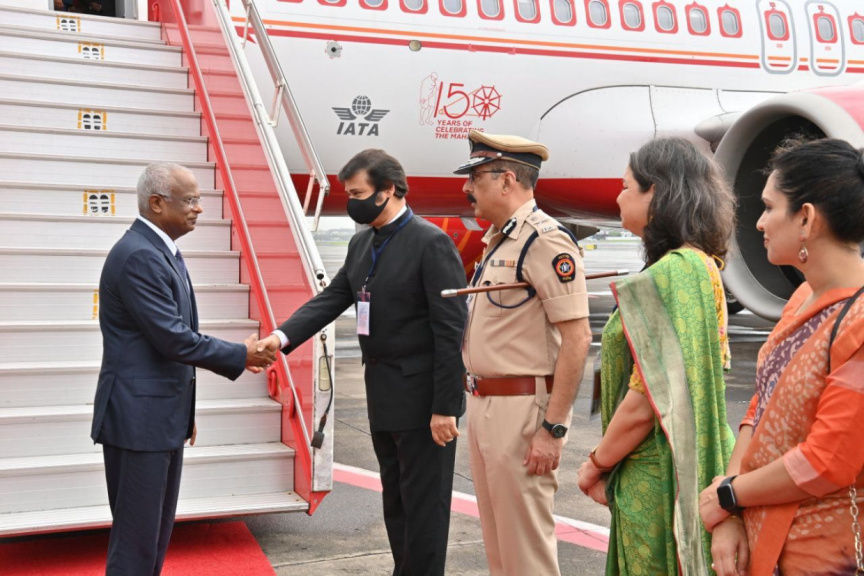 President Ibrahim Mohamed Solih, on Wednesday, arrived at Mumbai as part of his ongoing official visit to India.

Mumbai will be his last destination in this four-day official visit.

During his time at Mumbai, President Solih will call on the Governor of Maharashtra and tour the Bombay Stock Exchange. He is also set to make a site visit to Jawaharlal Nehru Port Trust, meet with its management and observe its operations.

Additionally, President Solih will beet enterprises in Mumbai and participate in business forums.

The current visit being undertaken by President Solih is at the invitation of India’s Prime Minister Narendra Modi.

At New Delhi, President Solih and PM Modi virtually initiated and viewed the pouring of first concrete of the Greater Male’ Connectivity Project, and witnessed the signing of six MoUs at a special ceremony.

In a joint statement delivered by both leaders following the ceremony – they both reiterated the commitment to further strengthen the longstanding relations between the two nations.

President Solih will conclude this visit and return to the Maldives on Thursday.

He is accompanied by a Maldivian delegation of senior government officials and representatives from leading Maldivian businesses on this trip.