China: Will work to carry on traditional friendship between both countries 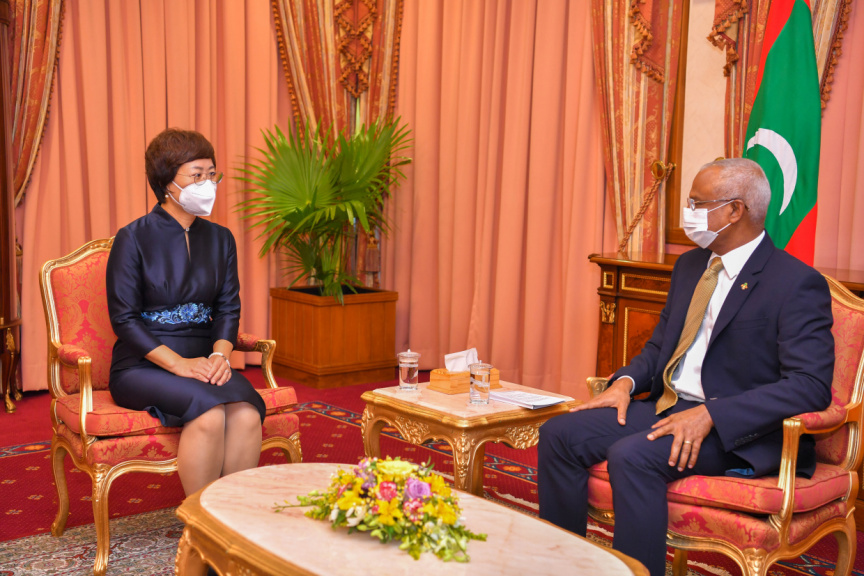 The President of China Xi Jinping sent an official message to President Ibrahim Mohamed Solih on the occasion of the 57th Independence Day Maldives.

In the congratulatory message, President Xi extended sincere congratulations to the government and people of Maldives and wished the country to enjoy prosperity and happiness, and well-being.

President Xi spoke highly of the China-Maldives relations, emphasizing that both nations have a long history of friendship since the establishment of diplomatic relations 50 years ago.

Moreover, he stressed that he attaches great significance to China-Maldives relations.

Further to this, President Xi spoke of his desire to work with President Solih in order to carry forward traditional friendship, strengthen political mutual trust, deepen practical cooperation, enhance people-to-people exchanges, and promote the steady development of future-oriented comprehensive and friendly partnership of cooperation in order to bring benefits to the two countries and its people.

In addition to this message, the Chinese State Councilor and Foreign Minister Wang Yi sent a message of congratulations to Minister of Foreign Affairs Minister Abdulla Shahid on the occasion.

The message extended sincere congratulations and best wishes to the Minister.

Foreign Minister Wang stressed that China and Maldives are traditional friendly neighbours, having stood the test of international vicissitudes.

He stated that the relations between the two countries have become more stable and mature and made a great contribution to regional peace and stability.

He expressed readiness to work with Foreign Minister Shahid to implement the important consensus of the two Presidents, consolidate and expand mutually-beneficial cooperation in various fields as well as promote the development of China-Maldive’s future-oriented comprehensive and friendly partnership of cooperation.