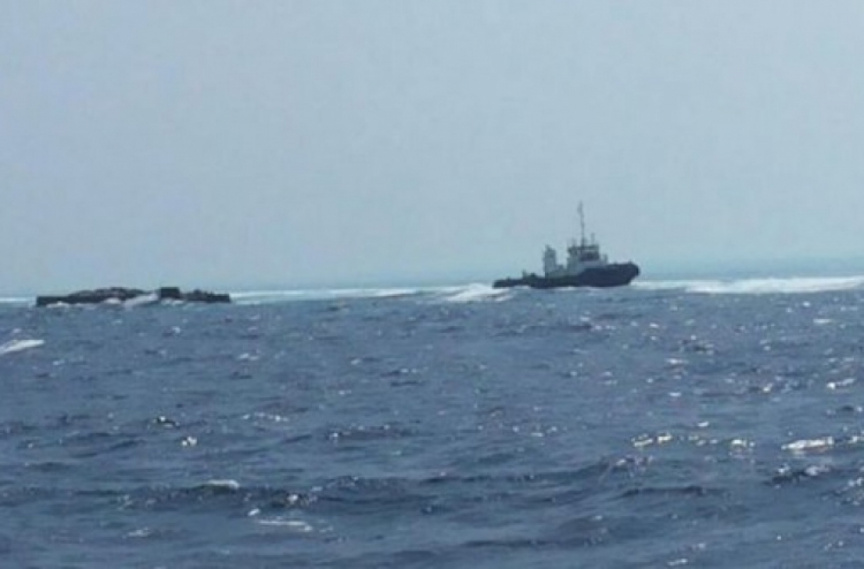 Following Mainland Shipping Private Limited’s failure to pay MVR 100 million fine for damage caused to the environment after two vessels operated by the company ran aground on K. Fushidhiggaru reef seven years ago at the expiration of the last deadline – Environmental Protection Agency has forwarded the case to the Attorney General’s Office (AG Office).

A tug boat by the name ‘Muthaa Royal’ and a barge by the name ‘Muthaa Grace’ under the Mainland Shipping’s management ran aground at Fushidhiggaru reef back in December 2015. In March 2018, EPA fined the company by MVR 100 million for the damaged cause to reef – granting a period of 30 days to make the payment.

EPA’s decision to fine the company was contested by Main Shipping. Subsequently, they filed an appeal with the Environment Ministry.

Following their review of the case, Environment Ministry concluded that the company must make the fine payment – stressing the inability to provide any easements.

Therewith, EPA ordered Mainland Shipping to make the fine payment of MVR 100 million with a 15-day period in early March of this year.

Three months since the order – EPA revealed that Mainland Shipping failed to make the fine payment without explanation.

EPA has previously stated that survey conducted after the vessels were refloated to evaluate the damage sustained had found that a 4,370 square meter area was affected by the incident.