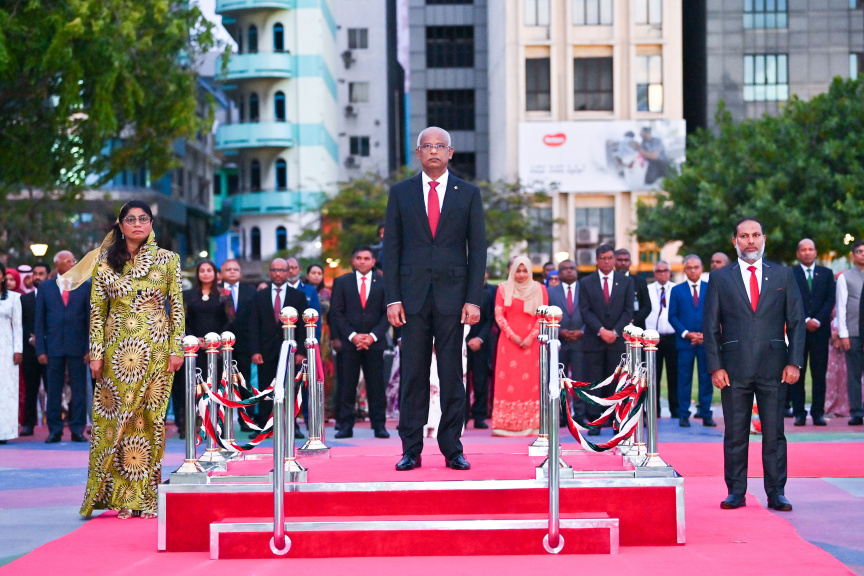 The ceremony was held at the Republic Square in Male' City, at 0550 hours.

Along with the President, First Lady Fazna Ahmed, Vice President Faisal Naseem and other senior officials of the government attended the ceremony.

Upon arrival at Republic Square, President Solih and First Lady Fazna Ahmed were greeted by the Minister of Defense, Mariya Ahmed Didi and the Minister of Home Affairs, Sheikh Imran Abdulla.

During the ceremony, a special prayer was recited by Sheikh Ahmed Maumoon.

Maldives became a British protectorate in 1887, and gained full political independence from Britian over half a century later, on July 26, 1965, with the signing of an agreement between Maldives and Britian.

Independence Day float parade to be held this year