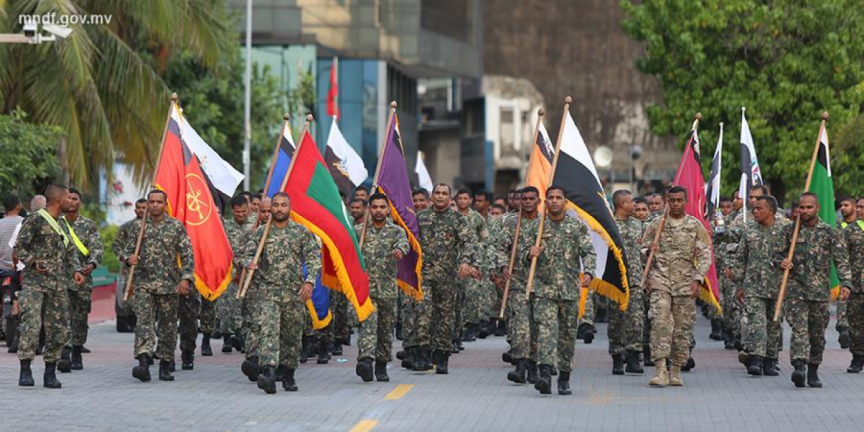 A progression by MNDF. (Photo / MNDF)

Maldives National Defense Force (MNDF) stated that the parade – Military Parade and Progression, to celebrate the 57th Independence Day of Maldives will be held on the evening of Tuesday, July 26.

The progression will commence at 16:30 from Independence Square in Male’ City.

MNDF further detailed that the parade will be making four different stops. At each of the stops, the military band will be performing.

The parade will be ending in front of the Kalhuthukkalaa Koshi.

As per MNDF. the progression will feature different branches of the defence force, including combat and manoeuvre forces, support services, and functional command.

Service vehicles and armed details will be a part of the progression.

Although multiple events were planned to mark Independence Day, some of them including the official reception and float parade have been cancelled.