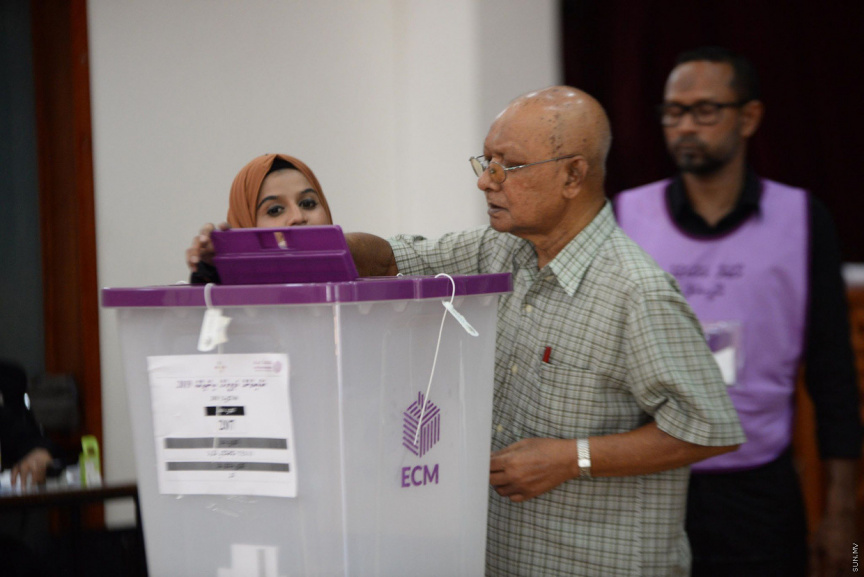 A voter casts his ballot during the Parliamentary Elections 2019 on April 6, 2019. (Sun Photo)

Vice President of the Election Commission Ismail Habeeb stated that the by-election held for the Women’s Development Committee (WDC) of Hithadhoo, Addu City was wasteful as only about eight percent of those eligible voted.

On Saturday, July 23, by-elections to elect WDC members for Hithadhoo and Th. Vandhoo was held.

Addressing this, Habeeb said via Twitter that the election was a waste since a low voter turnout.

“What is a bigger waste than spending lakhs to holding an election for only 1,009 (8.34%) people from eligible 12,099 to vote in the S.Hithadho WDC by-election?”, he questioned.

Moreover, he stated that a solution needs to be found for this at the earliest.

Prior to this, the President of the EC Fuad Thaufeeq stated that the commission was close to exhausting its budget due to the increasing number of WDC by-elections.

Fuad revealed at the time that per month, three or four WDC members resign from their posts and that a large expense has to be made on filling the vacant seats.

Moreover, he noted that with the increase in WDC elections, the workload for EC employees has doubled. He added that despite this, they have not increased the number of employees within the past 14 years.

Until May this year, the Elections Commission has spent MVR 1.4 million. As per EC, only MVR 1.5 million was granted for the by-elections.

EC on election: No way to stop influence