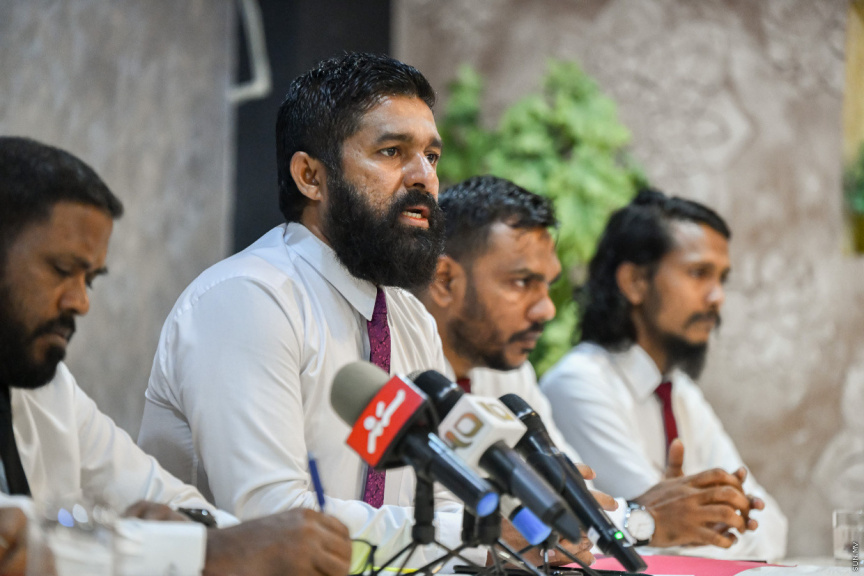 A lawyer for one of the suspects arrested in connection to the mob attack on last month’s Yoga Day event held in Male’ City said Saturday has accused the police of ‘manufacturing’ evidence in the case.

Police arrested over 20 suspects in connection to the mob attack on the event, including local Islamic scholars Al-Sheikh Adam Nishan and Al-Sheikh Mohamed Fazloon. Some of the suspects, including Fazloon, have since been released.

In a press conference held by legal representatives of the suspects arrested in connection to the case on Saturday evening, Adam Asif said the police did not have sufficient evidence against the suspects, and had instead resorted to manufacturing evidence.

Asif said the suspects were being framed.

Asif said the intelligence reports used to extend the remand of suspects weren’t evidence by its nature, and that the reports should have been prepared before the fact.

“The intelligence reports in this case were born after June 21,” he said.

Asif said the intelligence reports were being used to manipulate the judges, given the lack of evidence.

He said the police prepared an intelligence report and anonymous witnesses for the sole purpose of framing former MP Mohamed Ismail, a senior official at opposition Progressive Party of Maldives (PPM) who was also arrested in connection to the case.

“I have been informed by his lawyer some vehicle drivers were prepped as anonymous witnesses against Mohamed Ismail,” he said.

The mob attack is under investigation by the Serious and Organized Crime Department.