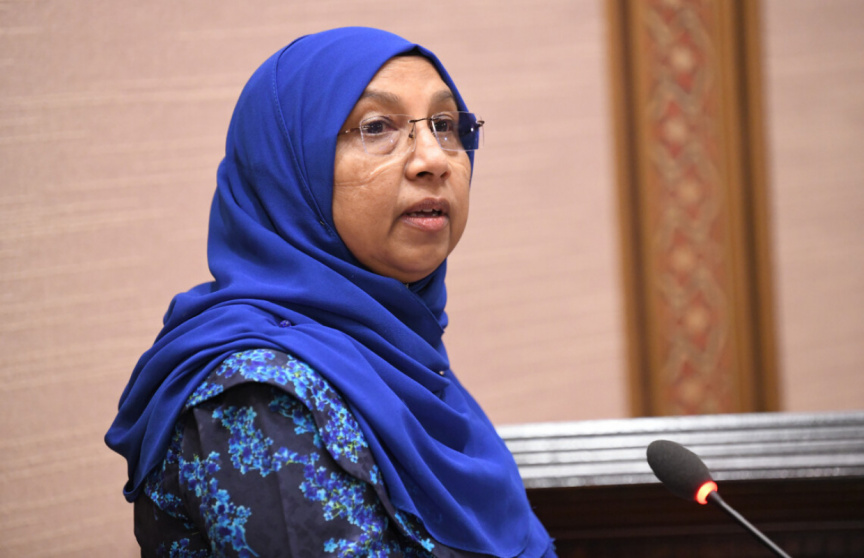 Gender Minister Aishath Mohamed Didi has called for action against individuals implicated the gangrape of a 14-year-old student in R. Maduvvari in March last year.

In a letter sent to the victim’s father, Ibrahim Riza, signed by Gender Minister Aishath Mohamed Didi, she detailed that the ministry had instructed the relevant government authorities to take action as necessary.

Gender Ministry’s instructions to government authorities comes in response to a letter sent by Riza outlining concerns regarding the case.

Riza has also lodged an official an official request with Maldives Police Service to reinvestigate the case.

On Monday, Riza told Sun that the request was put forth to police with evidence.

“Because they keep saying there is no evidence – I have requested a reinvestigation of the case with evidence,” he had said.

Riza also called on President Ibrahim Mohamed Solih to make arrangements for an independent and fair investigation of the case.

A teacher is accused of taking the victim, then-14 years old, from school to a guesthouse in Maduvvari, where there were three more men waiting, allegedly including a police officer, threatened her with a knife, forcing her to consume a drink believed to have been laced with a drug, and gangraping her.

The teacher denies the allegations, and insisted he was framed.

At the onset of the investigation, the teacher was suspended from his job. Later on, Civil Service Commission had dismissed him.

Private TV station, Channel 13 aired audio clips on last Friday’s episode of ‘Hajam’ show, which it claimed were recordings of phone conversations one of the suspects, a teacher, had with two men, identified only as ‘Adam’ and ‘Samarey’.

Residents of Maduvvari staged a series of protests on the island demanding justice for the victim when the case had first come to light. During these protests – clashes between protestors and police officers led to violence.