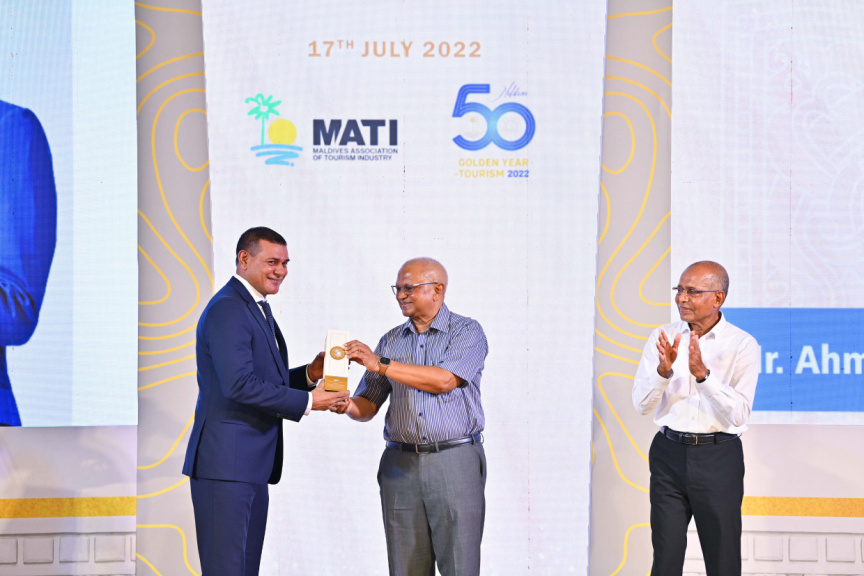 Maldives Association of Tourism Industry (MATI), on Sunday, held the ’50 Years of Tourism Awards by MATI’ – presenting awards to organizations and individuals that have exceptionally contributed to the Maldivian tourism industry over the past 50 years.

During the ceremony, 57 awards were presented to winners selected by a committee of industry experts and veterans that comprehensively vetted and evaluated all nominations received.

The two former presidents that received the awards were Late Ibrahim Nasir and Maumoon Abdul Gayyoom.

’50 Years of Tourism Awards by MATI’ was held by MATI as part of different events planned throughout the year in celebration of the golden jubilee of Maldives tourism.

MATI: No hope for tourism earnings this year

Tourism situation due to virus, worst in history