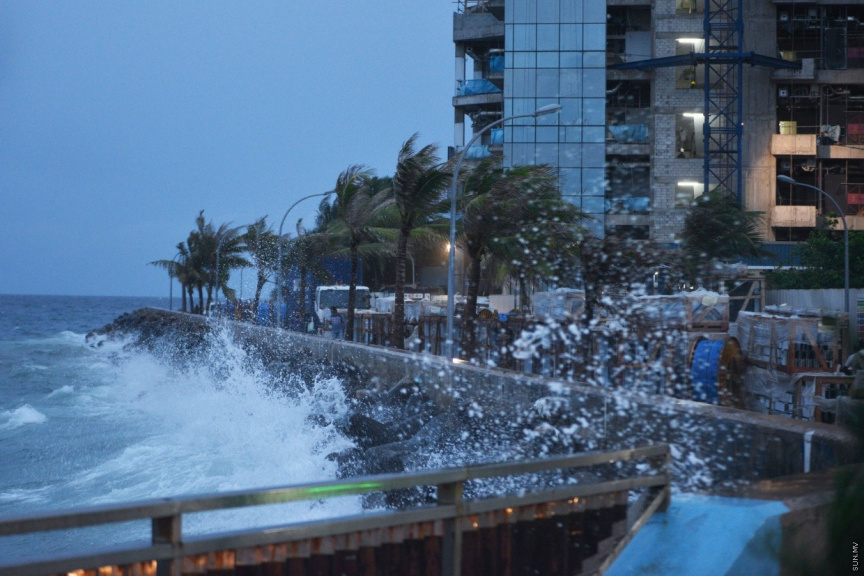 Maldives Meteorological Service (MET) states that though swell waves are expected to slightly affect some areas in Male’ City on Saturday, not is not expected to result in tidal flooding.

Male’ City had been hit with extensive tidal flooding on Friday.

An official from MET told Sun that the height of swell wave surges is expected to be lower on Saturday, and is not expected to result in flooding.

“The swells are smaller today than yesterday. We do not expect flooding again in Male’,” said the official.

Maldives had experienced widespread rain over the last couple of weeks, resulting in damages from flooding, mainly in southern islands.