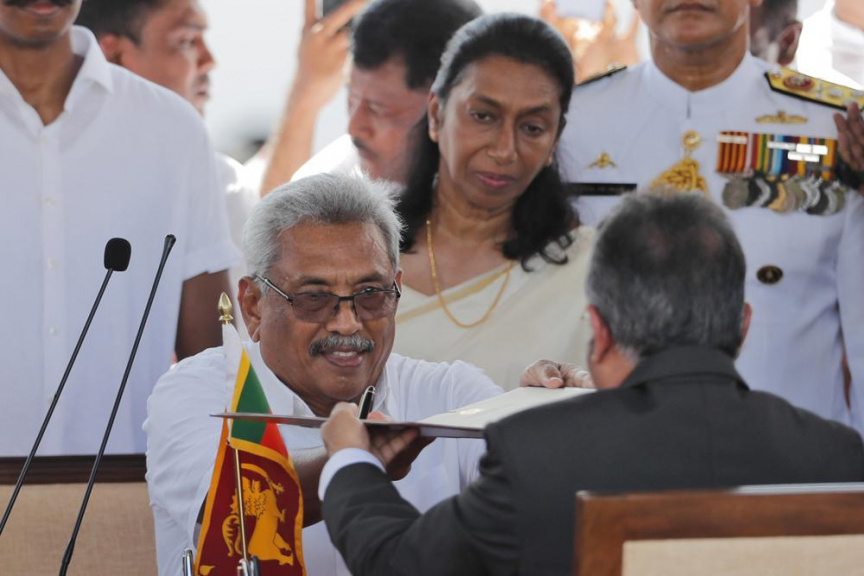 Multiple sources have reported that embattled Sri Lankan President Gotabaya Rajapaksa has left Maldives, who arrived in secret early Wednesday morning after fleeing his own.

Media giant, Associated Press citing a Maldivian government official who spoke to the media outlet on the condition of anonymity confirmed that President Rajapaksa boarded a flight of Saudi Arabian Airlines on Thursday, bound for Singapore. Associated Press said that the Sri Lankan president is set to transit at Singapore, before moving on to Jeddah, Saudi Arabia.

Some media outlets have reported that President Rajapaksa left Maldives in a private jet. The medias stressed having learned of the private jet’s landing at Velana International Airport this morning.

President Rajapaksa named his Prime Minister Ranil Wickremesinghe as acting president in his absence, further incensing those who blame the government for the crisis.

As protestors continued to take to the streets of the capital Colombo, and official buildings including the presidential palace and prime minister’s office following President Rajapaksa’s departure – Wickremesinghe called a state of emergency across the country, also imposing a curfew across Colombo and the rest of the country's western province.