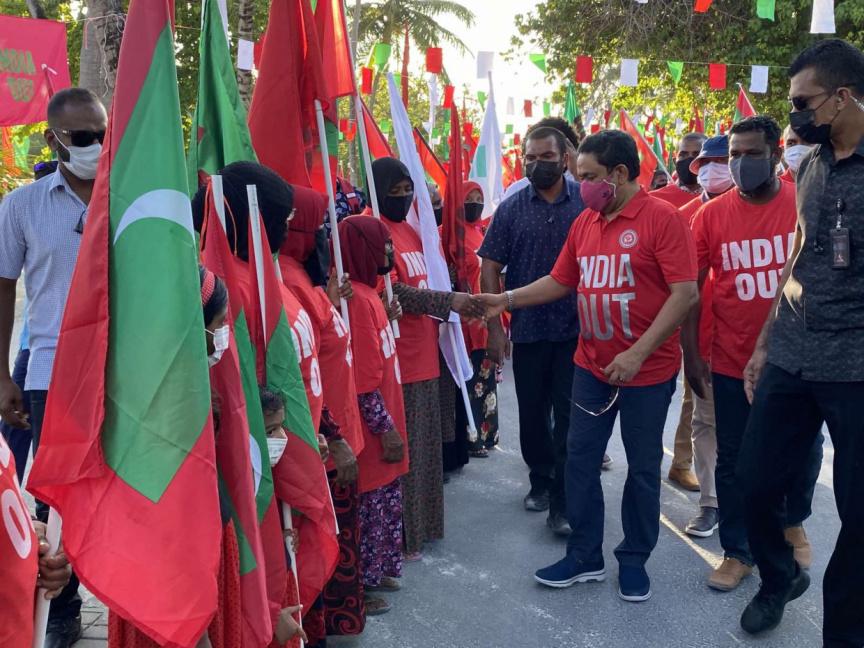 President Rajapaksa, along with his wife and two security personnel arrived in the Maldives on an AN32 troop transport plane from the Sri Lanka Air Force.

In a statement released on Wednesday condemning the possible grant of asylum to President Rajapaksa by the Maldivian Government – PPM described it as an act unacceptable to the people of Maldives.

Underscoring that a military aircraft belonging to a foreign nation would only be permitted inside Maldivian airspace with approval from Maldives National Defense Force – the opposition party had called on Defense Minister Mariya Ahmed Didi and Chief of Defense Force Major General Abdulla Shamal to be answerable to Maldivian citizens.

The party also alleged the involvement of President Ibrahim Mohamed Solih and Parliament Speaker Mohamed Nasheed in the matter.

Therewith, PPM had urged to disclose the truth – also demanding President Solih and Foreign Minister Abdulla Shahid to be made answerable.

Reports state that President Rajapaksa had arrived in the Maldives at a time Sri Lanka’s Attorney General had requested its Supreme Court to issue a travel ban against him.