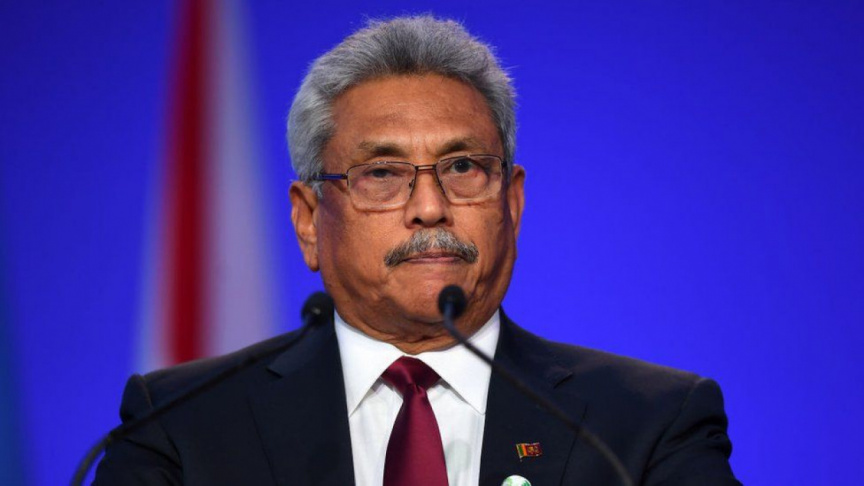 Multiple sources have confirmed that Sri Lankan President Gotabaya Rajapaksa fled the country in the early hours of Wednesday, arriving in the neighboring Maldives, mere hours before he was due to step down from his post over the civilian uprising prompted by the island nation’s devastating economic crisis.

President Rajapaksa slipped away in the middle of the night to Male’ City, the capital of Maldives, on an AN32 troop transport plane from the Sri Lanka Air Force, following earlier failed attempts to depart to Dubai and Abu Dhabi in the United Arab Emirates. He was accompanied by his wife and two security personnel.

“Pursuant to the request of the government and in accordance with the powers vested in a President in the Constitution of Sri Lanka, the Sri Lanka air force provided a plane early today to fly the President, his wife and two security officials to the Maldives,” Sri Lankan air force confirmed in a statement on Wednesday.

It is presumed that his visit to Maldives is only part of a transit – whereas he would most likely proceed to another country from there.

Following the news of President Rajapaksa’s departure – thousands of civilian protestors marched towards Prime Minister's office in Colombo in protest. They chanted and demanded their neither the president nor the prime minister ‘be spared’.

Nevertheless, Sri Lankan presidents are protected from arrest while in power, and it is likely Rajapaksa planned his escape while he still had constitutional immunity.

As protestors continue to take to the streets of the capital Colombo following President Rajapaksa’s departure – Prime Minister Ranil Wickremesinghe called a state of emergency across the country, also imposing a curfew across Colombo and the rest of the country's western province.

President Rajapaksa had agreed to resign under pressure. Prime Minister Wickremesinghe said he would leave following the appointment of a new government.

With no end to the crisis in sight, protesters vowed to occupy the official buildings until the top leaders are gone. People have flocked to the presidential palace almost as if it were a tourist attraction — swimming in the pool, marveling at the paintings and lounging on the beds piled high with pillows for days. They also set ablaze the prime minister’s private residence.

Sri Lankan lawmakers agreed to elect a new president next week but have struggled to decide on the makeup of a new government to lift the bankrupt country out of economic and political collapse.

The new president will serve the remainder of Rajapaksa’s term, ending in 2024, and could potentially appoint a new prime minister, who would be subject to parliament approval.

Parliament Speaker Mahinda Yapa Abeywardena said that Rajapaksa appointed the current prime minister to serve as acting president in the interim — an arrangement that further enraged protesters who want Wickremesinghe out immediately.

This political impasse added fuel to the economic crisis since the absence of an alternative unity government threatened to delay a hoped-for bailout from the International Monetary Fund. In the meantime, the country is relying on aid from neighboring India and from China.