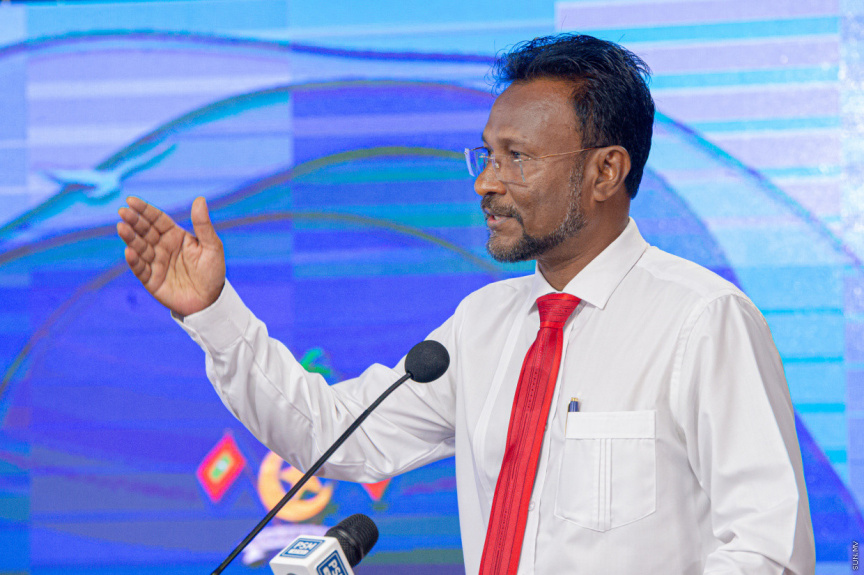 He made the remark in a special message on a booklet released by the Dhivehi Bahuge Academy and Liyuntheringe Gulhun on occasion of Writer’s Day.

In his message, Ashraf said Maldives had a rich history, and that it was inevitable that the Dhivehi Language would be affected by the waves of literature affecting other global languages, giving birth to new words and new amendments.

Ashraf said that it wasn’t a threat for the waves of other languages to reach Dhivehi language, as long as Maldivians were alert and smart.

He impressed upon the need to commemorate Dhivehi literature greats in order to develop literature and Dhivehi language.

“If we look towards protecting our language, we must revive literature. We must commemorate our literature greats and revive their works,” he said.

The booklet to celebrate Writer’s Day has messages from celebrated Maldivian writers, including quotes from the speech given by former president Maumoon Abdul Gayoom at the opening of the National Writer’s Conference in 2000, and quotes from a report by Abbas Ibrahim, conferred the Distinguished Rule of Izzuddin, presented during the same conference.

Police: Able to detect speeders, but unable to punish