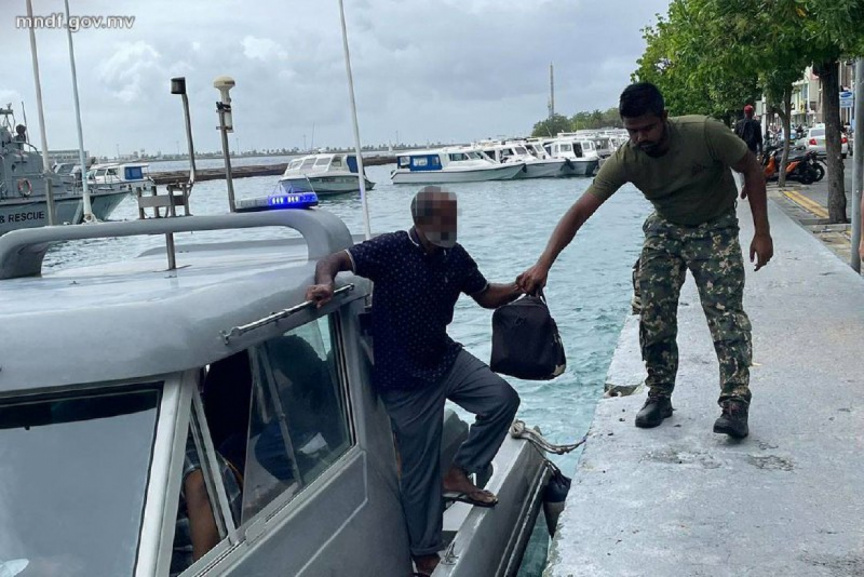 MNDF's Coastguard evacuating 27 passengers aboard a speedboat after it's engine stalled on July 6, 2022. (Photo/MNDF)

Subsequent to an engine stall resulting from running out of fuel – Maldives National Defense Force (MNDF), have evacuated 27 aboard on a speedboat which was traveling to Male’ City.

The speedboat named ‘Eriwna Aloha’ was traveling to Male’ City from AA. Feridhoo with 31 aboard including crew – when it’s engine stalled 14 nautical miles south of K. Bolifushi. Following this, officers of MNDF Coastguard’s second squadron had attended the scene to assist those stranded.

MNDF detailed that 27 passengers aboard on the speedboat was evacuated to Male’ City on two Coastguard vessels at approximately 10:16am this morning. These 27 passengers include four children and seven women.

Underscoring that the remaining four aboard were crew members – MNDF said that they, alongside the launch has been transported to Thilafushi.

It was also noted that all 31 people were in good health.

'Ameenee Magu taken because PPM council won't do it'