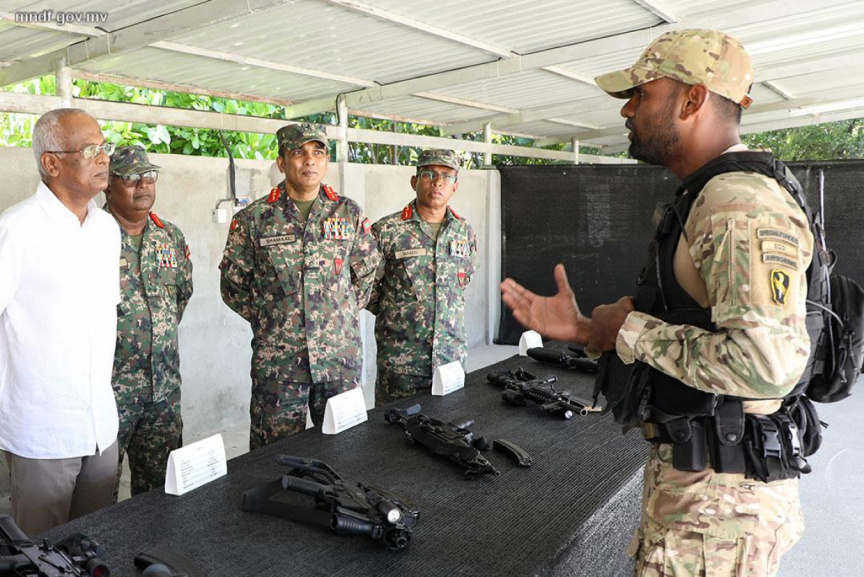 The President in his visit observed a display of the latest weapon systems attained in order to increase operational capacities.

MNDF stated that as part of the display, the President observed new weapons attained for military purposes, personal weapons, and sports weapons.

The shooting of the weapons was also carried out in the Girifishi shooting range.