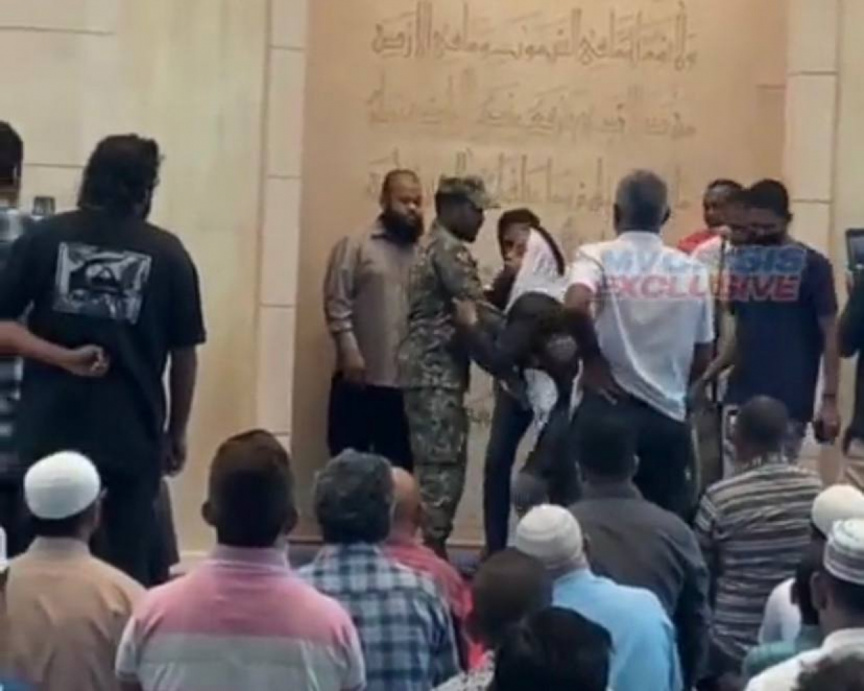 The man who was arrested this afternoon for obstructing congregational Friday prayer at King Salman Mosque has been released from custody.

A Police Spokesperson identified the man as a 43-year-old Maldivian.

Underscoring that the man is a mental health patient – the Police said that he has now been handed over to his family.

As the Imam geared up to deliver the Friday sermon – the man had gotten up on the minbar, vigorously shouting. He was wearing a black jubbah, containing the logo of the terrorist organization, Islamic State (IS).

He was stopped by MNDF officers and worshippers that were in the mosque for Friday prayers.