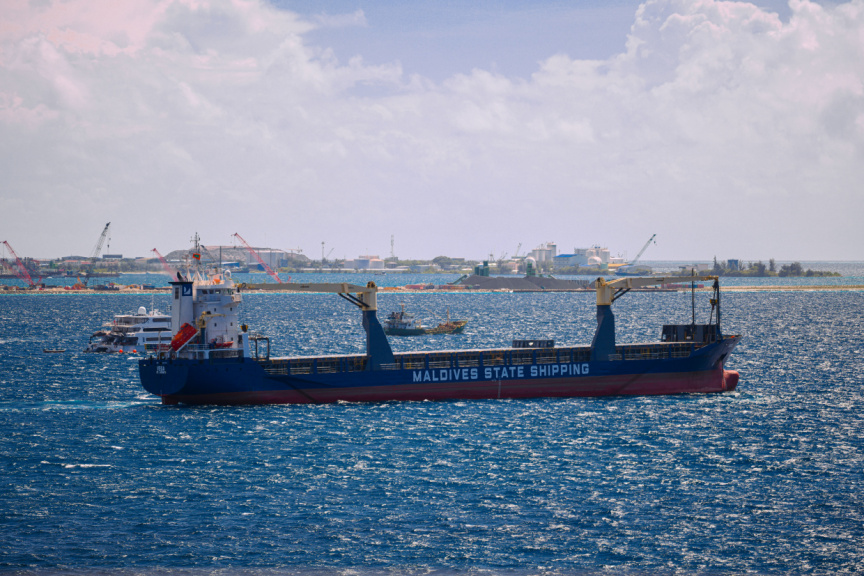 State Trading Organization (STO) and its subsidiary, Maldives State Shipping (MSS) have executed an agreement to procure a container vessel.

Speaking regarding the agreement, Amru said that this is the third vessel being purchased by MSS – which is set to undertake trips to Singapore, Malaysia and Thailand.

“The purchase of a boat is a transaction which unfolds very differently. Keeping the money in a certain account, transferring it the exact moment agreement is signed and the transfer of the vessel to us takes place simultaneously,” he had said.

Amru added that MSS would ensure an influx of foreign currency to the Maldives through its operations.

The newly purchased vessel can accommodate 420 containers when loaded and 680 containers when not loaded. Named ‘MSS Grephene’; the vessel will be brought to use in August. STO said that with the purchase of the new vessels – efforts were also underway to procure containers.

Over 100 people are currently employed by MSS. The company is also training additional individuals for the shipping sector.

“As MSS expands at rapid rate, the biggest difficulty we currently face is that Maldives has actually lost this sector,” Amru stressed.