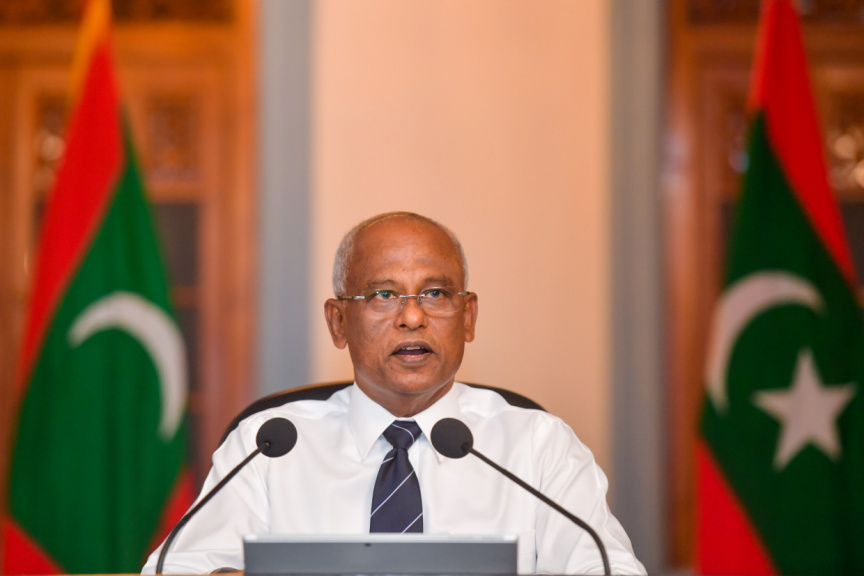 Dheebaja Pvt. Ltd. has sent a letter to President Ibrahim Mohamed Solih, asking him to ascertain the company’s legal rights.

In the letter sent on Wednesday, Dheebaja said ascertaining the rights Maldivian citizens was an undeniable responsibility required of the President, as the Head of State, under the Constitution.

Dheebaja said that their case was in the Supreme Court for the third time, and did not believe it could be done under legal and judicial standards.

Hearings in the case were concluded on November 25 last year. Dheebaja said that the court not scheduled a hearing to issue its ruling in the seven months since, and that repeated letters asking to hold a hearing had gone unanswered.

“There’s no reason why Dheebaja’s case cannot be concluded, given the speed at which cases involving other major companies and former president Abdulla Yameen Abdul Gayoom’s trial was concluded,” said the company.

Dheebaja said the company had repeatedly raised concerns with President Solih regarding the losses the company continued to incur due to the delay in judgment.

The company said it found the case remaining stymied in court unacceptable.

Dheebaja said it did not have the money to pay anyone a bonus for “express service”. The company asked the President to hold the Supreme Court accountable and clarify the reason for the delay in judgement.

The case in Supreme Court in an appeal filed by the State over a MVR 348 million compensation payment to Dheebaja over wrongful termination of contract.

The contract between the State and Dheebaja for establishment of ferry services in four northern provinces (N. Atoll, R. Atoll, B. Atoll, and Lh. Atoll) was signed on February 1, 2010, during former Maldivian president Mohamed Nasheed’s administration.

The contract was later terminated by the State citing lack of progress in the project on May 30, 2013.

The State’s decision to terminate the contract was deemed unlawful by the Civil Court in 2014, and the court ordered MVR 348 million in compensation to Dheebaja.

Though overturned upon appeal by the High Court, the original ruling by the Civil Court was upheld upon appeal at the Supreme Court in April 2019.

Following a request by the State for a review of its earlier decision, the Supreme Court overturned its prior decision on April 2021, and sustained the High Court’s ruling. However, the court said Dheebaja had the right to appeal the High Court ruling, which the company exercised.

The Supreme Court concluded hearings in the appeal filed by Dheebaja in November 2021, after both sides reached an agreement.

'Passage of Evidence Bill as it is ‘only option''